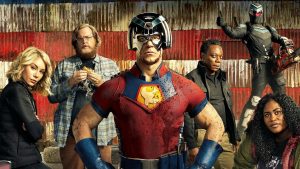 But first up, Nick’s gone back to finally watch Apple TV’s Dickinson, while Alastair’s bringing us right up to date with the opening episodes of Moon Knight.

And then they leap into Peacemaker (11:53) – also slightly late, to be honest, as it’s taken forever to finally air this in the UK, but at least it happened in the end. Nick named The Suicide Squad (featuring the debut of Peacemaker) as his favourite film of 2021 – will his love persist? 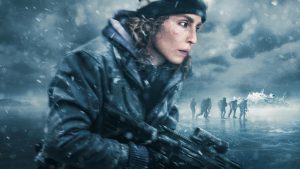 Finally, for more serious army-action, we head over to Sweden for Black Crab (28:11), a dark thriller that finally gives us soldier-survival drama ON ICE.

For anyone listening to this literally in the first few hours after it drops on April 14th, Nick’s latest comics Kickstarter is finishing at UK lunchtime! Get yourself some nice Necromancer books!