This week, I’m revisiting R.E.M.’s Around The Sun – an album that really pissed me off at the time. Will time heal this most disappointing of wounds?

Context matters, so I’d better explain how I came to this album. My introduction to the colossus of alternative rock that was R.E.M. was through their excellent 2001 album, Reveal, and from there I discovered the rest: Automatic For The People, Out Of Time and Document.

In contrast, Around The Sun was unexpectedly dull. Critical appraisal, or lack of, dovetailed with my own. No-one I knew liked it. I remember one friend, then president of my university writing group, commenting in the society’s newsletter (aptly named ‘Borderline Gobshite’) that “the new R.E.M. album is rubbish, everyone knows that – probably even them.” 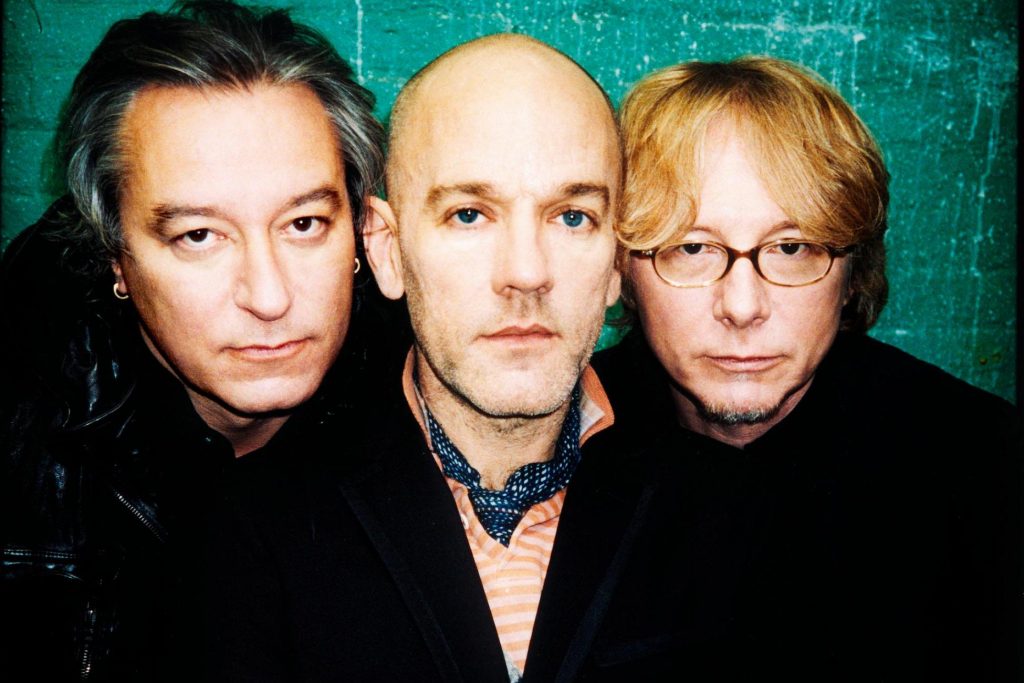 Perhaps I was too harsh on the album at the time. It’s easy for reviewers to lazily knock out a crap review when they smell blood, so I don’t want to put too much stock in that. Lots of things I like were badly reviewed by the professionals when they were released, come to think of it. Could R.E.M. really have made such a bad album?

Perhaps it had something to do with changes to my music listening habbits at the time. As a teenager, I’d spend hours poring over albums, whether they warranted it or not; CDs were expensive, after all. But by the time Around The Sun came out, I was in my first term of university. There was just so much more music to listen to, especially via my involvement with the campus radio station, a constant source of new (and free!) alternative music. When my friends and I did stick a whole album on, we wanted stuff that went well with a few J’s – either swaggering (like Oasis) or cerebral (like Pink Floyd). Around The Sun was neither, but that’s hardly the album’s fault.

So how does it sound now?

It actually starts off pretty well. Leaving New York might not be among their most memorable singles, but it isn’t bad: a melancholic, wistful song that I enjoyed much more today than in 2004. Unfortunately it is also the best track on the album. The rest is remarkably tonally similar. Very little stands out. At the same time, the lyrics lack that oblique poetry and imagery I liked so much on earlier albums. 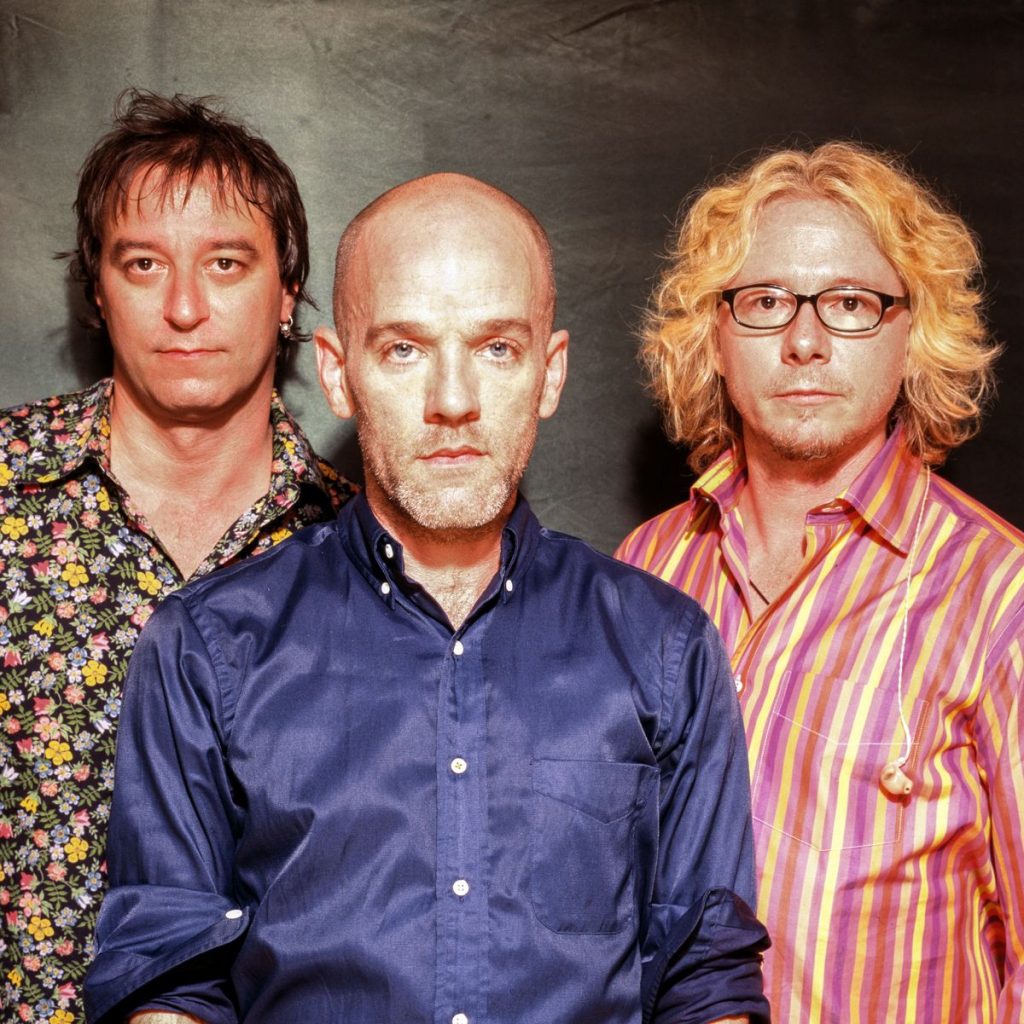 That’s not to say it’s all terrible. Electron Blue is OK, although what I mainly liked about hearing it again was a memory of seeing R.E.M. live in Cardiff the following summer: Micheal Stipe introducing it as ‘this is a song about a drug in the future called Electron Blue,’ having appeared just before with his face completely covered in glittery blue face paint. Final Straw, about Bush’s Iraq debacle, stands out with angry, slightly on-the-nose lyrics. But to be honest, there isn’t much else worth mentioning.

There’s an elephant in the room that must be addressed: this album contains rapping (Q-Tip on The Outsiders). Rapping on an R.E.M. album? I’ll admit I harboured a prejudice towards rap at the time, unfairly based on the rubbish that occupied the charts then. It’s an irrational dislike that I’m pleased to say, as a present-day BBC Radio 6 devotee, I have grown out of. I still don’t think it works on this album, though. Whether you like rap or not, it just sounds jarring and out of place. Fair play to them, though, for at least trying something different – not something you can credit the rest of the album with.

Even after giving it a second chance, Around The Sun is as uninspiring and insipid as its cover design – a half-arsed effort featuring a blurry image of the band that acts as a warning of its contents. There are echoes of the band I love. Here and there, it sounds like it’s going to take off, give us something memorable or interesting, but it never really manages it. It’s almost lifeless.

Listening to it again left me with more questions than answers. If it had been made by someone else, would it have fared better, or sunk without a trace? Did the band themselves think it was good? Or were they just obliged to produce an album that year on contractual grounds? Unless I happen to bump into Micheal Stipe propping up the bar of my local one day, I guess I’ll never know. 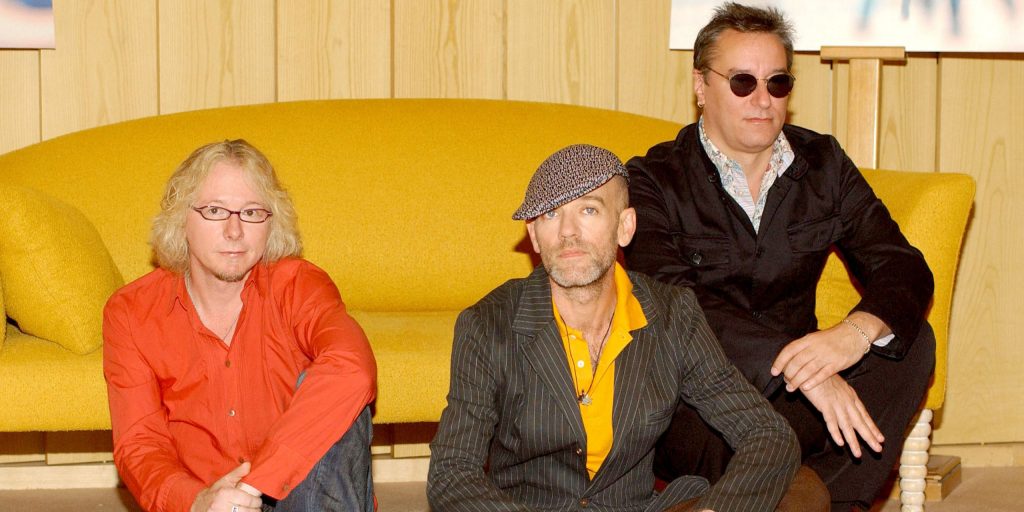 I’ll leave the last word on this one to music journalist Dorian Lynskey, whose review for The Guardian called it “their first truly redundant album”. Sadly, I couldn’t agree more.

Listen to: Around The Sun, The Outsiders (don’t tell me you aren’t curious to hear rapping on an R.E.M. song)

Don’t listen to: Too many to mention.

You might not know: R.E.M. originally considered ‘Cans Of Piss’ for their band name. Now imagine the release of ‘Everybody Hurts’.