Are you feeling worried about the present? It’s rubbish right now, isn’t it? We can’t go outside because a killer virus is on the loose. We’re trapped and powerless to do anything about it. This could be the plot of any number of sci-fi stories or episodes of Doctor Who, only this time the Doctor won’t be showing up to save the day and let us all go outside again.

One of the fortunate things about human existence being now a largely indoor affair is that it’s a great opportunity to rewatch some favourite TV shows. The BBC, for example, have just uploaded every episode of Doctor Who broadcast since it was brought back in 2005 to their iPlayer. So, there’s never been a better time to rewatch some New Who.

The only thing is, which episodes won’t make you feel worse about the current situation? It’s best to avoid ones where the Doctor is trapped in the TARDIS, such as series 7’s Journey to the Centre of the TARDIS, and I wouldn’t recommend watching series 6’s episode the Girl Who Waited, where the Doctor visits a world devastated by a virus and Amy is trapped in a quarantine facility for decades.

No, now is the time to look for the stories where the Doctor and companions visit better, more optimistic futures, to give us some hope in these scary times.

What are Doctor Who’s optimistic futures?

Before we go any further, I’ll just add that when researching this article, I limited myself to looking at the Doctor Who adventures since the show was brought back in 2005. This is because I’m only one man and I need to spend some time today quivering in panic.

The Doctor has visited many different futures, showing a wide range of visions about what tomorrow could be like. Sadly, most of them aren’t very optimistic. The first time the Doctor went to the future (in the second episode of series 1) the story was called The End of the World. Ironically, this is one of the more optimistic visions of the future as it shows various post-humans and other intelligent beings coming together in harmony to mourn the passing of the Earth. 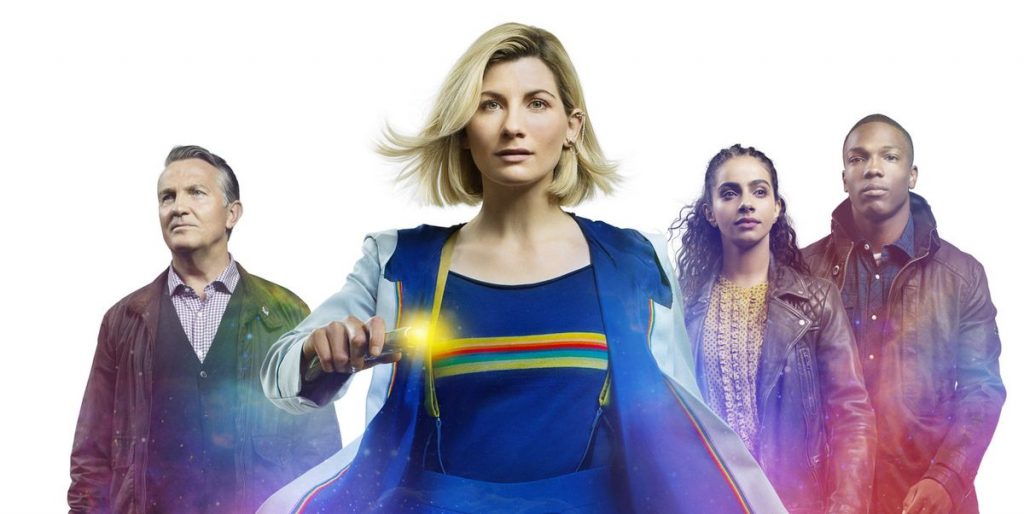 There are quite a few episodes where the Doctor and companions visit a future Earth where human civilisation has collapsed and Earth is now a wasteland. For example, from the most recent series, there is Orphan 55, which shows the Earth devastated by an environmental catastrophe, and the Ascension of the Cybermen, where the last few humans attempt to survive in a pitiless wasteland whilst being pursued by the Cybermen. Neither of these offer particularly positive views of the future.

It’s not only recently that the Doctor has visited futures where human society has collapsed. In the third series episode Utopia, the Doctor travels to the far end of time and again finds a few surviving humans struggling to survive in a wasteland after the end of civilisation. Generally, whenever the Doctor goes forward in time it doesn’t work out well for humanity.

Doctor Who’s many villains generally have dystopian plans for the future of the human race. Aside from the Daleks and Cyberman, who wants to wipe out every other living thing in the universe, there are those who want to dominate and suppress the human race, such as in The Sound of Drums/The Last of the Time Lords, the final episodes of series 3, where the Master takes over the entire world and sets himself up as the cruel dictator of humanity.

Other villains such as the Sontarans offer a dystopian vision of the future. In their case, they show a technologically advanced alien society that is focused entirely on the pursuit of war, where all other considerations from art to the economy are either repressed or co-opted to serve the goal of continuous war. Not exactly a positive vision of what the future looks like for technologically advanced species.

The Time Lords aren’t much better. The undisputed rulers of time are not presented as having created a utopian society. Instead they are presented as being either arrogant, self-appointed bosses of the universe or megalomaniacal tyrants bent on destroying all of time so that they can survive, as in series 4’s finale The End of Time.

What sort of society builds a giant library?

Admittedly, there are many futures that the Doctor and companions visit where we don’t know what the society as a whole is like. A lot of episodes of Doctor Who focus on the relationships between characters and the mystery to be solved, rather than society wide issues. That is one reason why the few episodes where we find out what society is like in the future are ones where society has collapsed, because this is easy to show quickly as part of a character or mystery based story. 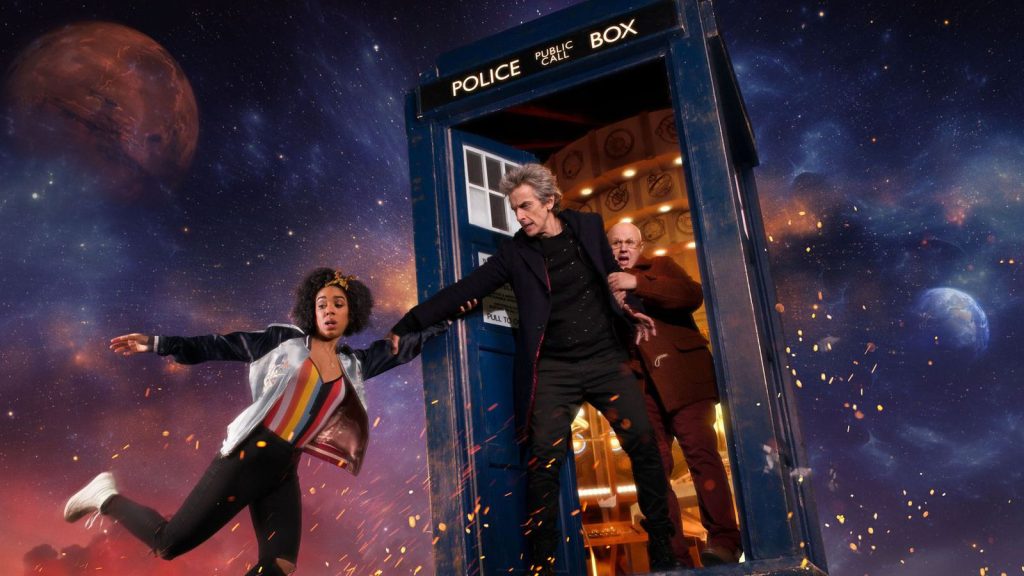 We never find out about the rest of the society that built The Library in series 4’s Silence in the Library/Forest of the Dead, or the society that colonised the planet Midnight in that eponymous episode in series 4, or the civilisation that sent people to the world orbiting a black hole that Satan was imprisoned on in series 2’s The Impossible Planet/The Satan Pit.

What we can infer from them is that although they are more technologically advanced than us, they still have people working menial jobs such as flying spaceships or driving tourists around Midnight. The politics or economies of these features do not seem radically different to ours and they don’t show a society that has thrown off the problems of today.

It’s more about Amazon than Kablam

So, does this mean that Doctor Who only offers pessimistic visions of the future? To a degree it does but Doctor Who, like most great sci-fi, has more to say about today than the future. The most interesting features in Doctor Who are metaphors for how we how live now. For example, the series 11 episode Kerblam! is a metaphor for the working conditions inside of Amazon warehouses, or Series 6’s The Rebel Flesh/The Almost People and series 4’s The Planet of the Ood, both of which are metaphors how separated we are for the people who do the dangerous labour in our society.

What Doctor Who has to say about the present is optimistic. The show is full of stories about how people are the solutions to the problems of the worlds that the Doctor travels to. It is the child in series 5’s The Hungry Earth/Cold Blood that understands that we have to stop fighting each other.

This message that people can transform the world for the better is usually shown through the companions. This happens when Rose sacrifices herself to save humanity from the Daleks in the final episode of series 1, The Parting of the Ways. It happens when Donna urges the Doctor to save one family in series 4’s The Fires of Pompeii or when Martha spreads a story of hope around the entire world in order to defeat the Master’s tyranny in The Last of the Time Lords, or when Clara wants the Doctor to save the life of Danny Pink in the series 8 finale Dark Water/Death in Heaven.

The story that Doctor Who wants to tell is not about the future, but about now. It’s a story about how people are capable of doing good and making the world a better place. We are the solution even when the future looks grim or Daleks are against us.

This is an optimistic message for this worrying time. When we’re frightened by the scary world outside, and we can’t rely on the Doctor to save us, we can take comfort in the fact humans are capable of doing good and that we can rely on each other to save the world.

Listen to what Nick and myself thought of the most recent series of Dr Who in the latest issue of the podcast: