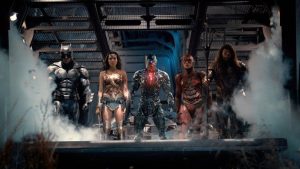 This fortnight, Nick and Alastair jump on the burning train of internet discourse and watch Zack Snyder’s Justice League, stopping on the way to take in Pacific Rim: The Black.

But first, Alastair’s still in high-concept dystopia territory with Alice In Borderland, while Nick insists on taking an early look at The Falcon & The Winter Soldier.

After which, at last, they descend slowly and dramatically into the sprawling four-hour world of Zack Snyder’s Justice League (11:13). Our heroes didn’t like Batman V Superman and found the original cut of this film pretty boring – will they finally turn round on this uncensored full-length epic version? 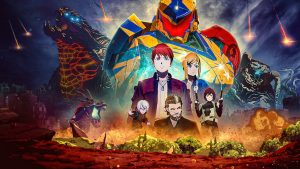 And last of all, a quick stop with Pacific Rim: The Black (29:53), sticking to that dystopian theme.

MFV #68 – Once The First Cheekbone Is Wrenched Off