Netflix’s hit Korean sci-fi drama The Silent Sea has a claustrophobic intensity that makes it addictive watching. The drama takes place in the confined space of a moon base, where murderous inhuman creatures stalk the corridors preying on the heroes. It owes a lot to Alien, without being derivative of the sci-fi horror masterwork, not least how it sustains the tension across its eight episodes.

Most of the drama of the series takes place on the moon base, but we get glimpses of the characters’ lives on Earth. These moments answer the question: what motivated these people to risk their lives on such a dangerous mission? The answer lies in the sorry state that this future Earth has found itself in following an environmental catastrophe.

The scenes on Earth are tinged with a sepia tone that makes the air itself appear toxic. The little remaining drinkable water is heavily rationed, and we see people fighting over water, as well as the state using violence to enforce its water rationing system. The entire social and political system has been driven into authoritarianism over the collapse of the environment.

This is what has driven the characters to this mysterious moon base, which might hold the solution to the water crisis. Ji-an is motivated to find out what happened to her sister, who was studying the strange properties of moon water, whereas other characters are motivated by the need to upgrade their own status in the water rationing system.

The brusque military leader of the group, Han Yoon-jae (Gong Yoo), has a daughter who needs more water to help her recover from an illness, a fact which the authoritarian government uses as both carrot and stick to make sure he completes his mission and hides the state secrets of the moon base. 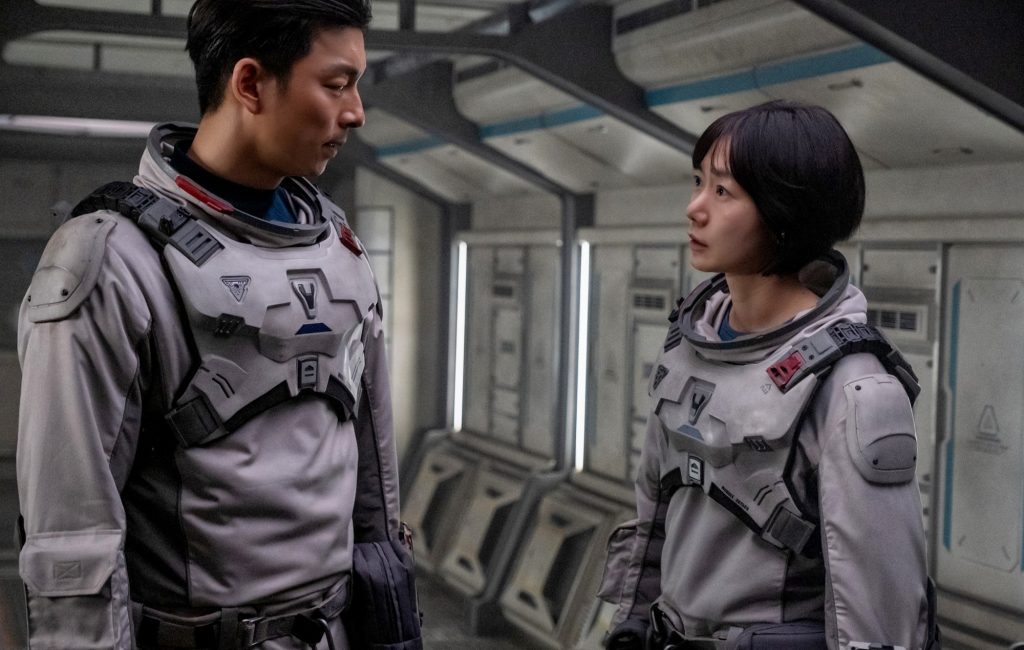 The Silent Sea shows us how dangerous, unstable and violent a future where water is a scarce commodity could be. A few hours without running water in the wealthy world is an unpleasant reminder of how much water we use and how we take for granted that it’s so easily available. The prospect of a future where we might have to fight for our water, or that authoritarian governments might use it to control our entire lives, is terrifying.

This future might be a dystopian nightmare for those of us in the wealthy world, but for many people it’s already a disturbing reality. Water is becoming an increasingly scarce resource in many of the world’s overcrowded and rapidly expanding cities, from Cairo to Kinshasa. The anger and political instability this causes is very real and threatens outbreaks of violence.

Environmental destruction and water shortages caused the collapse of the Syrian agricultural sector in the run up to the Syrian Civil war. 85% of Syria’s livestock died in the preceding years leaving many people destitute, without a means to earn a living and angry at their government. This environmental collapse, and the disruption to the social fabric of Syria it caused, led directly to the bloody Syrian Civil war and was a crucial driving factor in ISIS recruitment in Syria.

A grim vision of our immediate future

All over the world, the destruction of the environment is driving people off agricultural land and into cities in search of a means to find a living. These cities need water and cannot provide for their rapidly expanding populations, as environmental damage is making water an increasingly scarce resource.

This will destabilise many cities and countries in a very dangerous way. Increasing amounts of angry, poor, unemployed, overcrowded and dehydrated people will lead to violent uprisings all over the world. This will only get worse as global temperatures rise and the climate worsens.

The Silent Sea could be a grim vision of our immediate future. Unless we act soon and in a big way, we are headed towards a world where water scarcity and environmental ruin leads to violence and/or authoritarianism. This dark prospect is scarier than being trapped in a small space with violent inhuman predators.