Reading back my summary of film in 2020, I was reminded of the desperate state cinema was in a year ago. In 2020, cinemas were dogged by closures and low audience numbers, due to many people being too frightened of Covid-19 to see a film during the few points of the year where cinemas were open. One year down the line, I would like to reassure my past self that, yes, I did make it to the cinema at least once in 2021 and, yes, Black Widow and No Time to Die did come out.

2021 was a cinematic year of two halves. In the second half of the year, cinemagoers experienced a return to normalcy, with blockbuster films coming out and audiences packing out cinemas to enjoy them. I also managed to make it to in-person screenings for the London Film Festival and have (so far) avoided getting Covid-19.

However, many questions still hang over the future of cinema. Audiences are not back to where they were in pre-pandemic times and the emergence of a new Covid-19 variant may keep them low for the foreseeable future. Can the current form of the franchise blockbuster, which has dominated cinema for so long, survive these uncertain times? 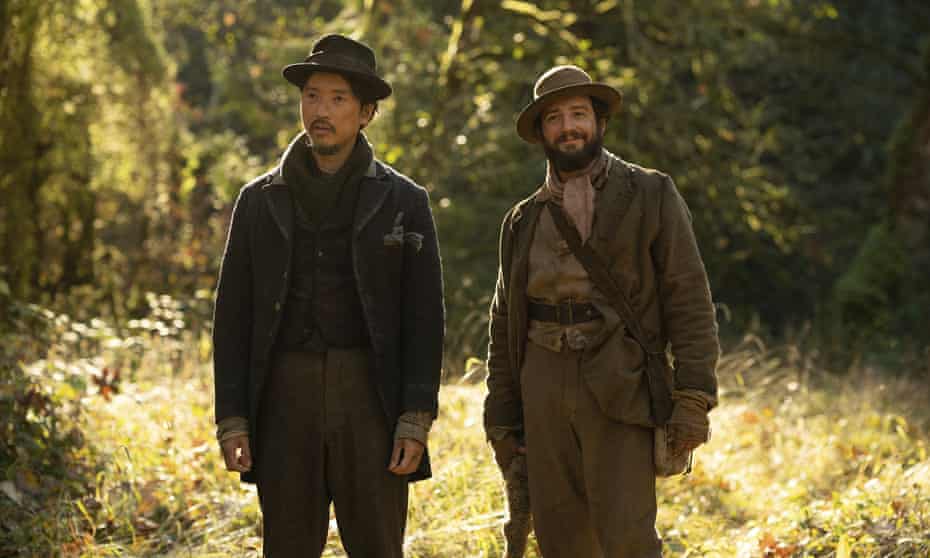 In the first half of the year, cinemas were shut, and all the significant titles were released via streaming services. Looking back at 2021, I mainly remember cinema films, but I didn’t attend a screening in person until the 12th of June when I saw Kelly Reichardt’s understated historical drama First Cow. This was the first time I had been in a cinema since February 2020, when I saw Portrait of a Lady on Fire, which is the longest gap between screenings probably since I first went to the cinema.

During these months of closures, some independent or lower budget films, released onto streaming services, achieved a higher profile than they might have had during a year of regular releases. A good example is Palm Springs, starring Andy Samberg and Cristin Milioti, which was a hilariously madcap and charmingly philosophical take on Groundhog Day. A less notable streaming film was Without Remorse, a Jamie Foxx starring adaptation of the Tom Clancy novel, which was dull and uninspired.

Perhaps the most talked-about direct-to-streaming film of the year was Zack Snyder’s nearly four-hour-long re-cut of Justice League, which turned out – against my prediction – to not be the worst film of the year, but it was still too long and overindulgent.

Snyder also teamed up with Netflix and a whole bunch of stars – including Dave Bautista, Matthias Schweighöfer, Ella Purnell and Nora Arnezeder – to make Army of the Dead, where trope soldiers characters fight trope zombies in a way that was painfully familiar to anyone who has ever seen a zombie film before. The only notable thing about this film is it produced a more interesting (and more self-aware) prequel, Army of Thieves, which at least managed to deconstruct some of the tropes it embraced.

I enjoyed most of this year’s Oscar films via streaming platforms. Chloé Zhao’s Nomadland was picked up by Disney+ and went on to win her best picture and best director Oscars, as well as a third best actress Oscar for Frances McDormand. The film is a quiet and moving portrait of life on the edge of American society, which mixes fiction and documentary filmmaking. Zhao has a brilliant visual eye, especially for landscape photography, and her Oscar triumph cements her place as one of the most interesting talents of Hollywood.

Other notable Oscar films included powerful personal stories, such as Minari, a tale of life as Korean immigrants to America in the 80s, and Sound of Metal, in which Riz Ahmed struggles with addiction and hearing loss. There were also films with a strong political message, such as Judas and the Black Messiah and Promising Young Woman. 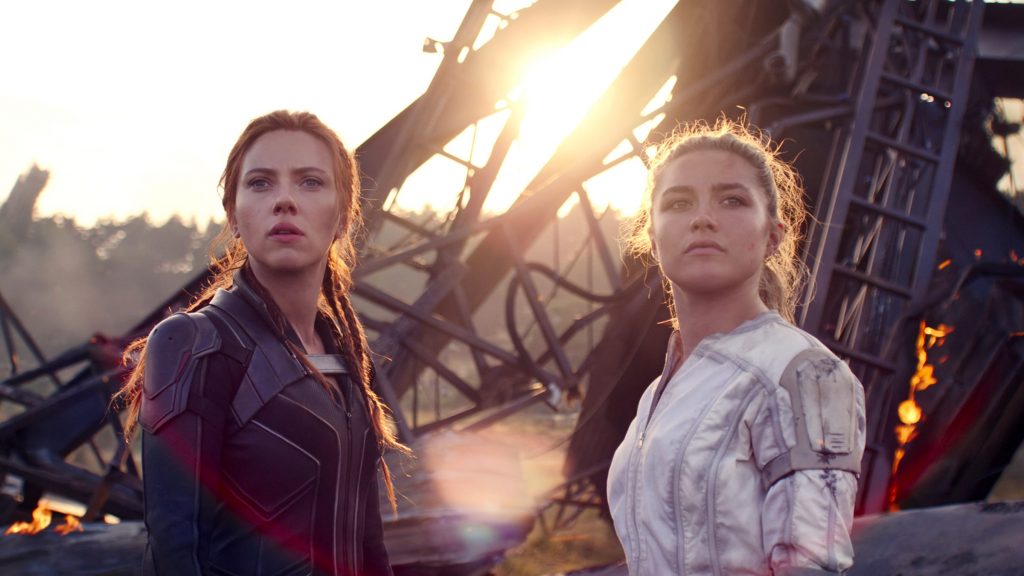 When the cinemas were open, we were treated to a backlog of films that had built up over the previous year and a half. Marvel had a strong, if not stellar, year releasing Black Widow, Shang-Chi and The Legend of The Ten Rings, Chloe Zhao’s The Eternals and a third Tom Holland starring Spider-Man. Black Widow was an action-packed slice of spy spectacle. Florence Pugh was excellent, showing off both her dramatic flair and her knack for sarcastic comedy.

Freed from the need to tie into the increasingly complex MCU chronology, Shang-Chi and The Legend of The Ten Rings introduced a new character, was very funny and had a touching family drama at its core. The Eternals looked amazing but groaned under the weight of an overly grandiose plot. Finally, Spider-Man: No Way Home balanced a large array of characters and managed to tell a moving story of loss and redemption.

Other geek cinema titles included the reboot of Suicide Squad as The Suicide Squad, which brought a dash of James Gunn’s dark humour to the often overly serious DC. Venom: Let There Be Carnage was even sillier than the first Venom film and found great comedy in Tom Hardy having relationship issues with a blob of murderous alien goo stuck to his brain. Free Guy brought Ryan Reynolds’s signature brand of humour to video game culture, breaking the rule that all video game movies must be bad.

A British highlight of 2021 was No Time to Die finally being released, which provided a fitting end to Daniel Craig’s incarnation of James Bond. Craig’s darker and more introspective take on the character was more suited to the 2000s, when he started out playing Bond, than to today’s darker present. Yet, with a few surprises and a genuinely touching ending, this film managed to work despite being the longest Bond ever. This film managed to be a big event despite the ongoing pandemic, reshoots and low expectations. It captured the discourse and lured audiences back to the cinema.

Other significant British films in the cinema this year included Edgar Wright’s Last Night in Soho, which featured excellent performances from Anya Taylor-Joy, Thomasin McKenzie and Matt Smith. Wright dialled back his signature style to let the period piece and the dark horror vibes shine through. Even darker was Censor, Prano Bailey-Bond’s unnerving directorial debut, set during the video nasty moral panic of the 80s. It’s a grim, surprising and engrossing period horror that set up Bailey-Bond as a talent to watch. 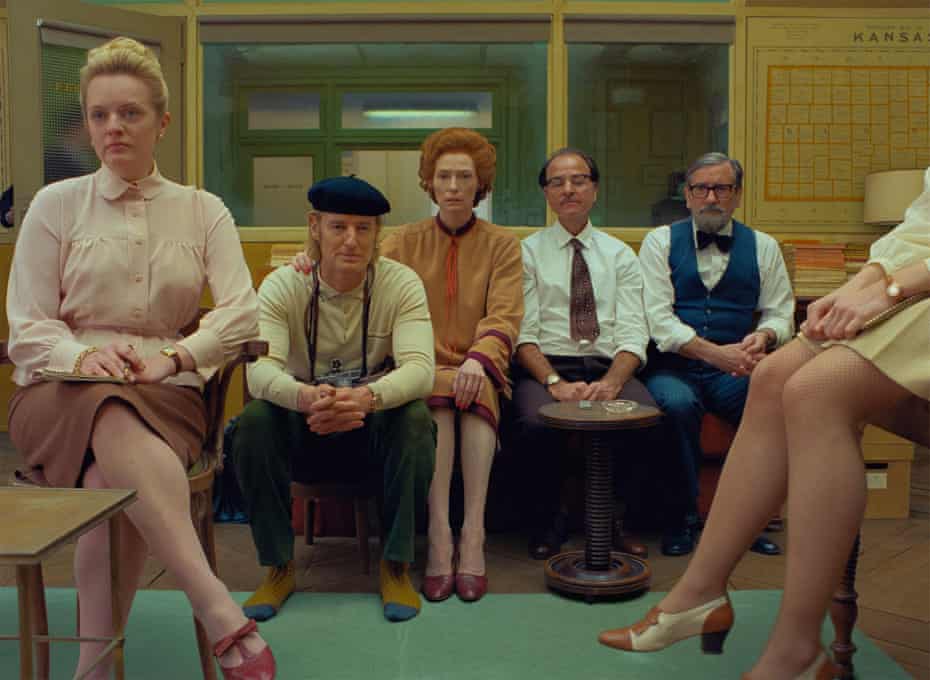 There were some unexpected arthouse and independent sleeper hits this year, which managed to capture audiences’ attention despite the constant stream of backlogged franchise blockbusters coming out. Wes Anderson was more Wes Anderson than ever in his homage to longform journalism in general and the New Yorker in particular, The French Dispatch. French body horror Titane shattered every taboo and disturbed audiences. It’s utterly brilliant and I never want to see it again.

Other excellent French films include the brilliantly bizarre Deerskin, and the moving and sexy millennial take on the Paris Romance, Paris 13th District. Each starred a Portrait of a Lady on Fire veteran, Adèle Haenel and Noémie Merlant respectively.

A pair of brilliant music documentaries were released this year. Todd Haynes’s The Velvet Underground captured the avant-garde style of New York in the 1960s and told the story of the titular iconic rock band. Whilst Edgar Wright adapted his signature style to the music and story of Sparks with The Sparks Brothers, featuring a dazzling range of rock and cinema grandees, from New Order and Duran Duran to Jason Schwartzman and Mike Myers.

As interesting as these films were – and it was good to have some surprises amongst all the franchise blockbusters – they were in the same mould as indie films from before the pandemic, both in terms of execution and distribution. They did not offer a means for indie films to secure an audience in a year where exhibitors were increasingly dominated by franchise blockbusters, or offer a challenge to the dominance of the franchises.

Sci-fi around the world

Both in cinema and on streaming services, there was an increasing range of unusual and independent sci-fi and fantasy films in 2021. This included the trippy The Green Knight, starring Dev Patel, and the claustrophobic space drama Stowaway. Through streaming services, a range of non-English sci-fi films found UK audiences. These included Germany’s flight terrorism/vampire horror mash-up Blood Red Sky, French one-room, one-character sci-fi mystery Oxygen and Korean action-adventure Space Sweepers.

Of course, the most visually stunning and hotly anticipated sci-fi film of the year was Denis Villeneuve’s adaptation of Frank Herbert’s ground-breaking sci-fi novel Dune. With every character perfectly cast, and Villeneuve’s signature visual and sound design, Dune finally got a screen adaption that lived up to the power of the novel.

I enjoyed this film so much that I saw it twice in one weekend (a rare occurrence for me). This film, more than any other, reminded us why film is a big screen and collective experience. I am very grateful that there was a big enough break in the pandemic for this film to be released. 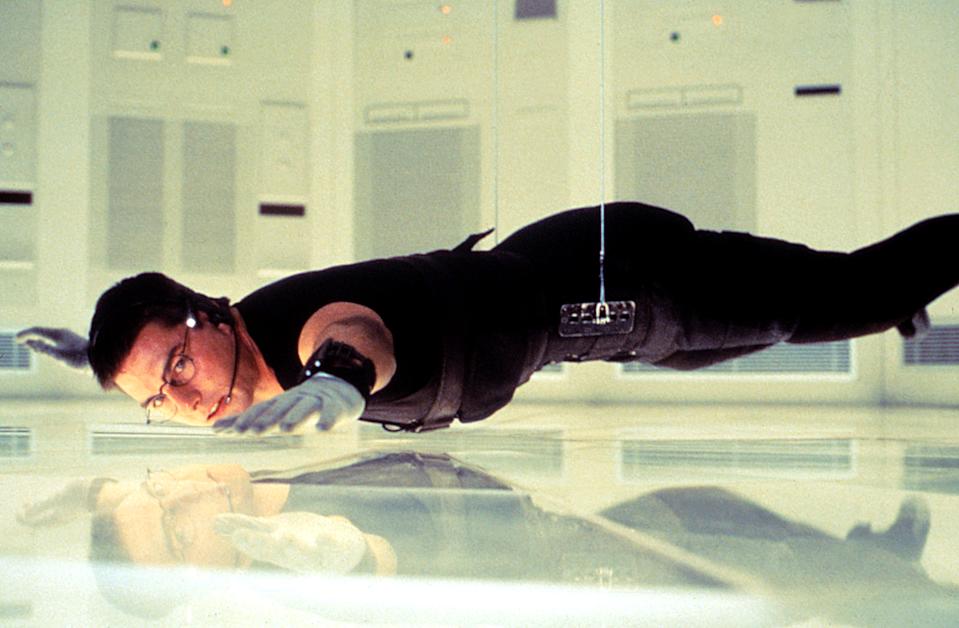 Another personally significant moment of the year was the 25th anniversary of the release of Tom Cruise’s Mission: Impossible. Mission: Impossible is a favourite franchise of mine and its 25th birthday gave me the opportunity to reflect on the 25 years and six films of the franchise, and how they have reflected society over the years. Hopefully, the pandemic will allow for the 7th instalment to be released next year.

The immediate future of cinema looks uncertain. Even if there isn’t another round of cinema closures, fear of Omicron might keep audiences away, thus hitting cinemas’ already battered revenues and making nervous distributors delay high profile film releases. Right now, it doesn’t feel as if 2021 was the year that cinema went back to how it was in 2019, despite a Covid-19 vaccine and many people having a booster. No alternative way forward for cinema has emerged during the pandemic so far, so film remains at the mercy of the virus and threatened by more lockdowns.

So, assuming cinemas stay open, what do we have to look forward to in 2022? Marvel are releasing Thor 4, Ant-Man 3 and Dr Strange 2. There will also be a long-delayed Top Gun sequel. Other high-profile sequels, adaptions or reboots are Uncharted, The Batman, Aquaman and the Lost Kingdom, Jurassic World: Dominion, Death on the Nile and Avatar 2 (supposedly).

There will also be Robert Egger’s The Northman, which boasts an impressive cast including Alexander Skarsgård, Nicole Kidman, Claes Bang, Anya Taylor-Joy, Ethan Hawke, Björk, and Willem Dafoe, and Pixar’s latest Light Year; telling the story behind the Buzzlight Year toy. Indie films to watch out for include Norwegian millennial comedy The Worst Person in The World and American sci-fi drama After Yang.

I was hoping that 2021 would bring some certainty to the situation in cinemas. At least by allowing films to come out and people to see them, it was a better year than 2020. However, at the end of the year, despite having seen many good films in the cinema, I am still deeply worried about the future of film in 2022.