A bizarre and largely forgotten piece of history occurred in the Arizona desert in the early 1990s. At the time, it was international news, but the memories of this event haven’t lasted along with Tamagotchis, Game Boys and VHS tapes.

For two years, four women and four men lived in an entirely self-contained environment in the Arizona desert. Their food, water and even their oxygen could only come from inside the structure they inhabited. It was called Biosphere 2; a sequel to Biosphere 1, aka the Earth and its entire eco-system.

This strange semi-scientific experiment was headline news around the world when the volunteers were sealed inside in 1991, but isn’t remembered much today. Now a new documentary film by Matt Wolf uncovers the events around the building of Biosphere 2 and the “missions” that took place inside it.

Biosphere 2 was supposed to be a trial run for human beings living in space. The group behind it originally met through a 1960s radical theatre group called The Theater of All Possibilities. In the 1960s, long-established social values were being challenged, whilst technology was pushing back the frontier of what was possible. Space exploration was seen as the inevitable next step for humanity.

The Biosphere 2 venture was partly inspired by Silent Running, a 1972 film in which Bruce Dern is the sole human attendant to a garden on board a spaceship that contains the last surviving plant life from Earth. The idea behind Biosphere 2 was that if the Earth’s environment was going to be transferred to a spaceship, like in Silent Running, they would need to test this in a self-contained environment on Earth first. 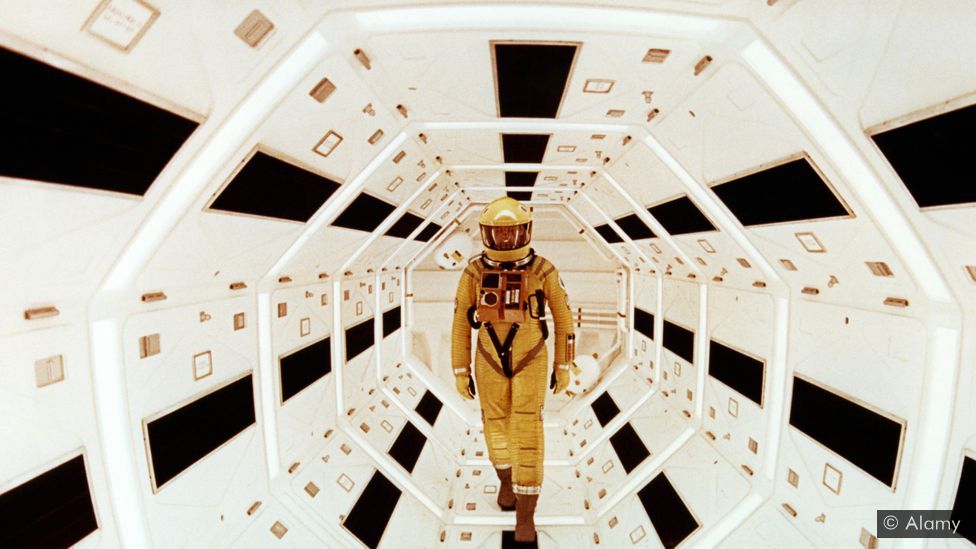 The idea that humans inhabiting space was just around the corner can be seen in the pop-culture of the late 60s and early 70s. Pink Floyd recorded a psychedelic album where they said they would “see you on the Darkside of the Moon” in 1973. 2001: A Space Odyssey was released in 1968 and showed a future where space travel was commonplace and a manned mission to Jupiter was taking place.

Star Trek began in 1966 and showed that humans could live in harmony in space. Space 1999, which began in 1975, also showed a future a few decades away where people would be living on the moon. All this built up to Star Wars in 1977, which firmly planted the romanticism of space travel in the popular consciousness. 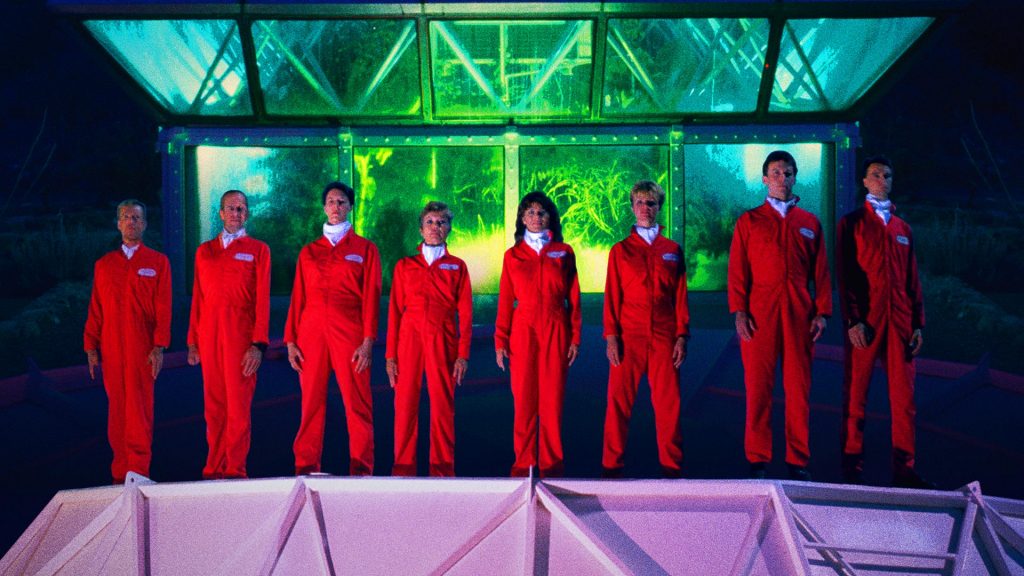 The reality of living in space (in the Arizona desert) proved much harder than these films and TV shows made it look. Biosphere 2 was large, 12,700 square meters in size, and contained seven different biomes, including a rainforest, a desert and a coral reef. Despite this abundance of life, the humans, or biospherians, who inhabited Biosphere 2 struggled to survive. It was very difficult to farm enough food to produce the calories they needed. Their environment just wasn’t bountiful enough.

Although they all lived and completed the first Biosphere 2 mission, ultimately the project was a failure. A second mission was stopped by Steve Bannon (yes, that Steve Bannon, watch the film to find out more) and no subsequent biospherian missions to space followed. 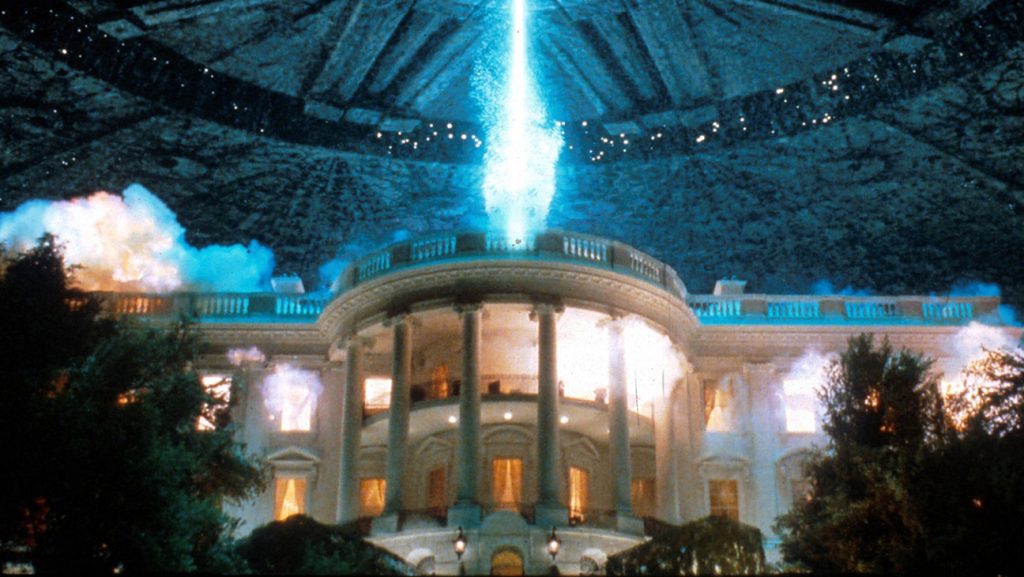 By the mid-90s, the thrill of space exploration had faded from the popular imagination. People had walked on the moon, but the next step hadn’t materialised. The lunch of the Hubble Space Telescope in 1990 hadn’t gone well and space shuttle missions were not inspiring enthusiasm for civilian space travel in the near future the way the Apollo Missions and the space race had in the 1960s.

90s popular culture had also moved on. Earth-based science fiction like Jurassic Park (1993) and Terminator 2 (1990) were dominating the box office and films such as Mars Attacks (1996) and Galaxy Quest (1999) lampooned the science fiction of the 1960s and made it look painfully dated. When space was taken seriously it was not exciting, it was threatening as in Independence Day (1996) or terrifying as in Event Horizon (1997).

In 2003, when the space shuttle Columbia exploded on re-entry, people traveling and living in space seemed further away than it did when Star Trek first appeared on TV screens. 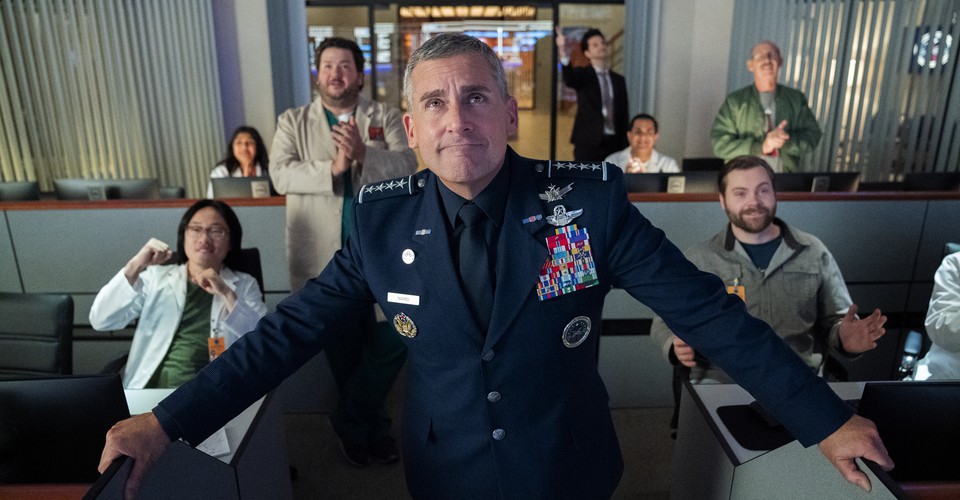 Fast forward to 2020, and the release of Matt Wolf’s film Spaceship Earth, and things have changed. India and China are currently engaging in a space race, whilst Donald Trump is tweeting about NASA going back to the moon and then to Mars.

At the same time, billionaires (some of whom are one accident away from ending up as a villain in a TV or film franchise) such as Elon Musk and Jeff Bezos are launching their own private space ventures. Today’s pop culture is reflecting this renewed interest in the stars, including Netflix’s sitcom Space Force, starring Steve Carell, released earlier this year. 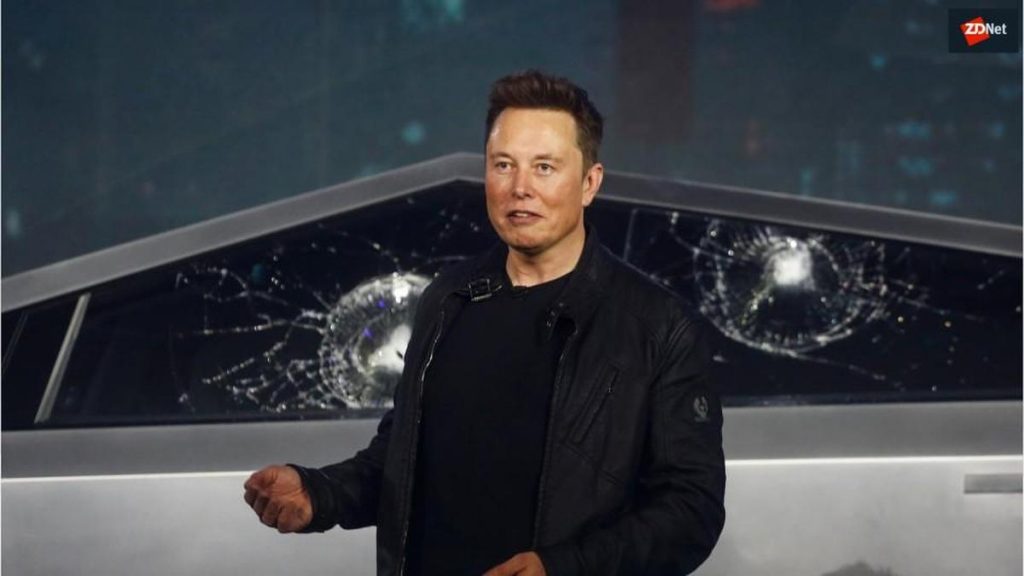 The key difference between the biospherians’ desire to go into space, which led to the creation of Biosphere 2, and today’s billionaires is that the biospherians were driven by optimism about the future. Today the uber-rich are motivated by a belief that environmental catastrophe looms. Their space ventures are a means to escape this doomed world and outlive the end of life on Earth.

The biospherians had hoped that their experiments into creating a self-contained ecosystem could be used for spacecraft in the future. A spaceship like the Valley Forge in Silent Running. Also like Silent Running, and a lot of other 60s radicals, they hoped that Biosphere 2 could teach us to be better custodians of planet Earth so that a flight to space was not necessary. 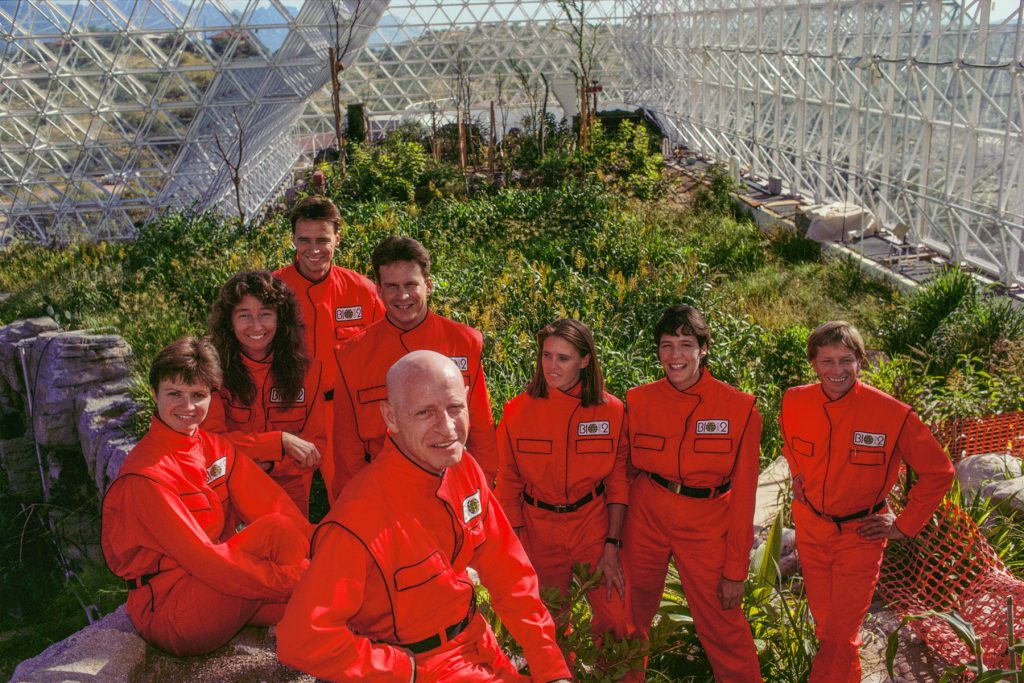 The lesson from Biosphere 2 are plain to anyone who watches Spaceship Earth. The eight biospherians struggle to survive for two years. There isn’t enough oxygen. They struggle to produce enough food. They lose weight. They look gaunt. I was struck by how unhealthily thin they looked when they left Biosphere 2 in 1993. A biosphere is simply not a viable means for creating a self-contained environment that could travel into space.

Spaceship Earth shows in detail the struggle to survive in a self-contained biosphere. It’s not an enviable existence. The hard toil of constant farming to produce barely enough calories to live off is not the sort of life that the ultra-rich who are leading the charge to Mars are used to. Maybe they think they’ll have robots to spend all day tending the potato fields. Maybe they think they’ll have poor people. Most likely they haven’t thought about it at all. 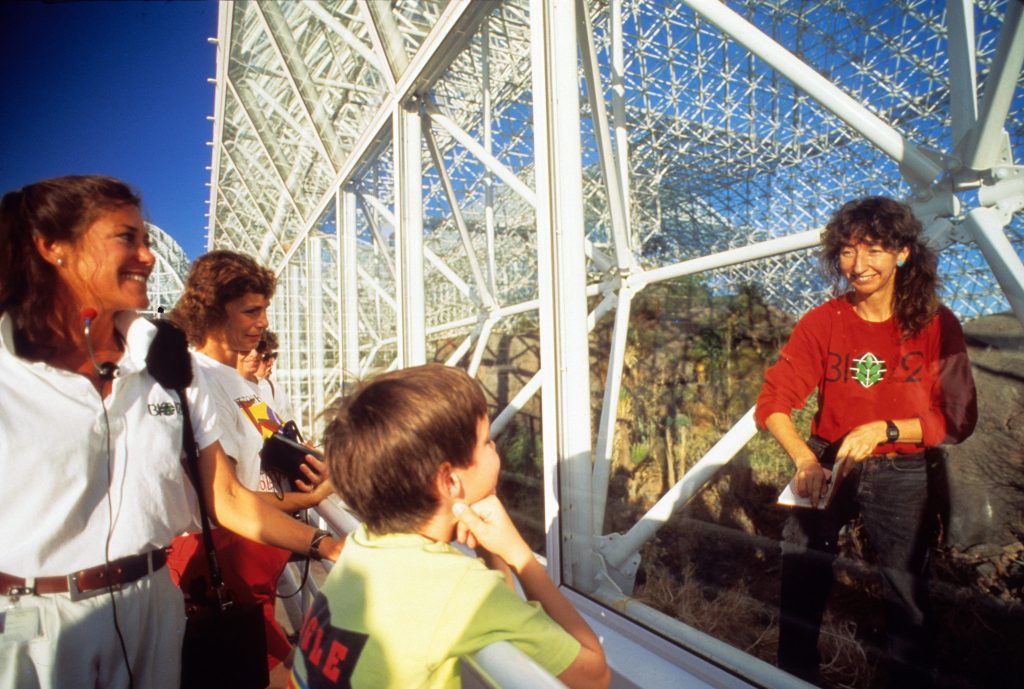 If people can’t realistically live in Biosphere 2 (much less a biosphere in space or on another planet) then the lesson from Spaceship Earth is clear: we need to look after this planet because we can’t isolate a proportion of our eco-system and move it to another one. It doesn’t work.

The biospherians may have had grand dreams about living in space, which made even the fantasies of Musk and Bezos look hum-drum, but these dreams were inspired by a more optimistic age. In our more fearful time, this film shows it’s not enough to run away to space, we have to fight for the world we have.

The biospherians had hoped that Biosphere 2 could save the world. It didn’t, but Spaceship Earth shows us we have to. There is quite simply no alternative.

From one piece media about the 1960s to another: if you have enjoyed this article and then listen to our review of the second series of The Umbrella Academy, which is set in the 1960s