The most surprising thing about film this year was how unsurprising it was. The domination of the superhero leviathans continued and their reign as the most powerful force in mainstream cinema doesn’t appear to be coming to an end any time soon.

Our cinema diet is still mainly comic book adaptations, sequels, prequels, remakes and other franchise films, as well as the occasional high profile literary or video game adaptation. All of these things happened this year and although the individual films varied in quality, there was still plenty that I enjoyed. The thing I find surprising is that no one seems to be getting tired of this and no one has any other ideas of what to do with the medium of cinema, at least in Hollywood.

The starkest indication of this was in the Marvel films of the year. Their finely honed house style continues to be very popular and it shows how versatile it is that it can be applied to a science fiction epic like Black Panther or a caper heist movie like Ant-Man and the Wasp. The former was a brilliant slice of cinema spectacle – fun, cool, at times deeply moving and at others breathtaking. The latter was a decent, funny and entertaining film, and shows that Marvel can always be trusted to put out a competent summer blockbuster.

A fact that became apparent from last year’s superhero output was confirmed by this year’s franchise films: only Marvel can successfully do a cinematic shared universe. Avengers: Infinity War was a big success, uniting the timelines of 18 previous films and executing the most ambitious storytelling project since 22 Short Films About Springfield. Every character had a story and a role to play, which was an accomplishment in itself. It didn’t drag and had an excellent cliffhanger ending. I have to admit that after Avengers: Age of Ultron and DC’s Justice League I was skeptical whether this film would be any good and I am happy to report that I was wrong.

DC seem to be quietly dropping their shared universe, which is a relief to anyone who sat through all the films so far. Wonder Woman was good last year and Aquaman this year was an enjoyable romp. Hopefully DC can learn from their mistakes and concentrate on delivering standalone superhero films that are entertaining and distinct from Marvel’s house style. This, at least, they can do.

Another cinematic shared universe appeared to die a death this year. Solo: A Star Wars story was an enjoyable couple of hours of cinema, and is certainly not the worst Star Wars film ever made, but its poor box office and critical performance seems to have put a stop to future plans to expand the Star Wars universe with more films. I breathed a sigh of relief, as a Yoda film had been planned and I never understood why people thought he was an interesting character. Star Wars films will continue with the next in the main episode sequence, but as only one more of those is currently planned, the future of the franchise now has a question mark over it.

Other franchises had a mixed year in the cinema. A new Predator film turned out to be average in every way. A Venom film outperformed its lower expectations and Spider-Man: Into The Spider-Verse was a surprise Christmas hit, especially amongst passionate Spider-Man fans. Jurassic World: Fallen Kingdom and Mission Impossible: Fallout were both entertaining action films and showed that it is possible to have successful franchises without superheroes, they just have to be sequels to 90s classics people are nostalgic about.

Deadpool 2 was an intelligent and postmodern superhero film, which also had a lot of dick jokes. This sequel had a lot to live up to – partly as the first film was such a surprise hit and viral success is impossible to recapture – but it delivered a fun Friday night in the cinema. Fantastic Beasts: The Crimes of Grindelwald was easily the worst thing I saw in the cinema this year. It was dull, it was confusing, it was empty, the characters I liked from the first film seemed drained of life, it was humourless, it was tedious and it had Johnny Depp in it. I would like to echo the sentiments of many other Harry Potter fans: no more Harry Potter stuff. What we have is great. Leave it as it is, please.

There was also a raft of sequels to hit films. Ralph Breaks the Internet was really fun and had a lot of clever winks and nudges to people who remember when the internet was just silly flash animations and not a hellscape of neo-Nazis meninists and hyperactive attention monopolisers. Girl in the Spider’s Web was a tense follow on to previous Millennium films and Sicario 2: Soldado was a gritty and intense follow up to one of the most intense thrillers of the last few years. It showed that you can build a successful film series on grown up action films.

It wasn’t all franchises, sequels and adaptations this year. I, Tonya, a biopic of ice dancer Tonya Harding, managed to be funny and dark without either tone undermining the other. BlacKkKlansman was a return to form for Spike Lee who is the angry, political film-maker that America (nay, the world) needs right now and BlacKkKlansman was the film we needed this year to remind us of how serious the political stakes are.

Shape of Water walked away with four Oscar wins and it was nice to see a science-fiction film being recognised by the world’s most famous cinema awards. Although I think this has more to do with the film’s homages to classic studio system era films (Hollywood loves a film about Hollywood) than to the academy realising that they have been overlooking the science fiction and fantasy genres for way too long.

Probably the best film this year was Three Billboards Outside Ebbing, Missouri. Like I, Tonya, it balanced dark themes and humour. It has sublime performances from Frances McDormand, Sam Rockwell and Woody Harrelson. This intimate portrait of grief, loss, love and death in small town America completely blew me away. I cannot recommend it enough. 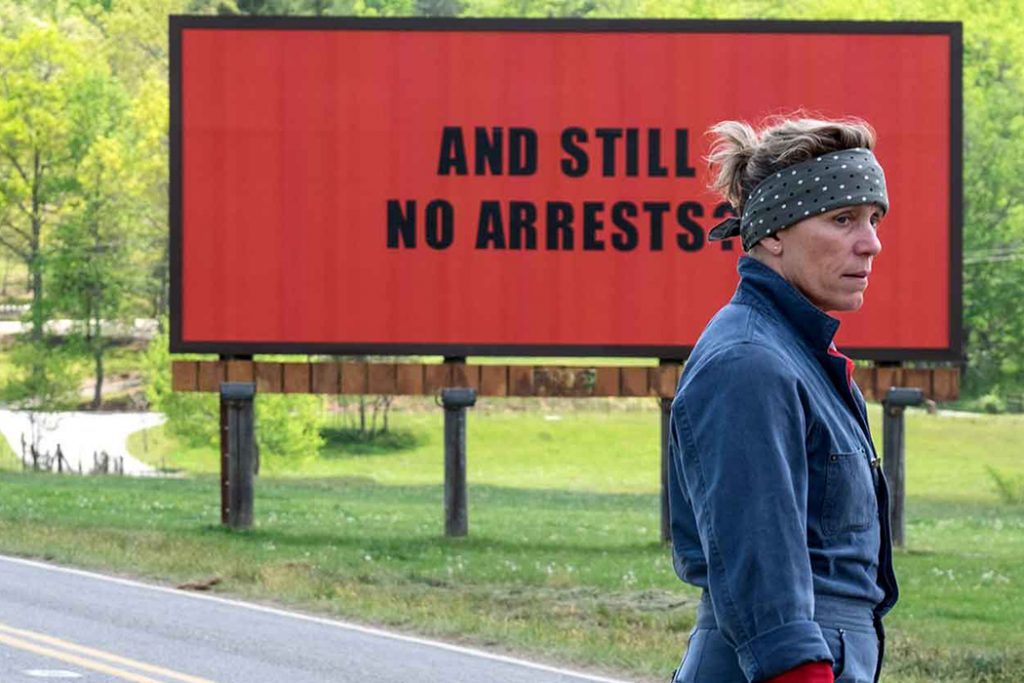 Outside Hollywood, there were also some great movies from the independent cinema scene. A Quiet Place was the surprise hit of the year and one of the best executed horror movies I have seen in ages. In Isle of Dogs, Wes Anderson once again adapted his distinctive style to an animated film to huge success. Annihilation from Netflix was interesting, intelligent and genuinely strange film. I enjoyed every minute of it and I am glad that Netflix is helping unusual films that might struggle to get cinema distribution find an audience.

Assassination Nation, a film I described as “woke Tarantino”, was one of the best things I saw all year. Teenage girls are forever the victims in cinema, so it was brilliant to see them take revenge in full technicolour gore. It was an original, fresh and different film in a year that needed more original films. The Coen Brothers made the Ballad of Buster Scruggs and Steve McQueen made Widows, both of which were good executions of their directors’ distinctive style.

I didn’t see many British films this year, so it’s hard to place our national cinema in the story of film this year. Mike Leigh’s Peterloo was a brilliant portrait of an event in British history which it is vital that everyone knows about. Profiles, an independent British thriller, was one of the tensest films I have seen in years. I saw it at the London Film Festival, but if it comes to an independent cinema or streaming service near you, I can highly recommend seeing it.

The most interesting development of this year was the increase in Chinese/American co-productions. The most high-profile of these films, The Meg – in which Jason Statham and Bingbing Li fight a giant, prehistoric shark – was as entertaining as you’d expect. There was also a thriller, Mile 22, and a grown-up Muppets film: The Happytime Murders. The latter had one joke, Muppets being rude and crude, which it turned out was funny enough to sustain an entire film. The development of these cross pacific partnerships is something I will be watching in future years.

From cinema this year, I have a sense that something needs to change. Not because the films are bad, there have been many great films this year. both in terms of established franchises and original films. I want to be clear that this year has been one of the better years for film since I started writing these yearly summaries. The dominance of franchise, mainly superhero, films has not led to an overall decline in quality, even if it has led to less originality.

The reason why I think something needs to change is that change is the only constant and things have been the same for some time. This year X-Men, the film that started the current wave of superhero franchises, turned 18. The studio system lasted for more than 30 years, so superheroes might have a long time to run, but nothing lasts forever. 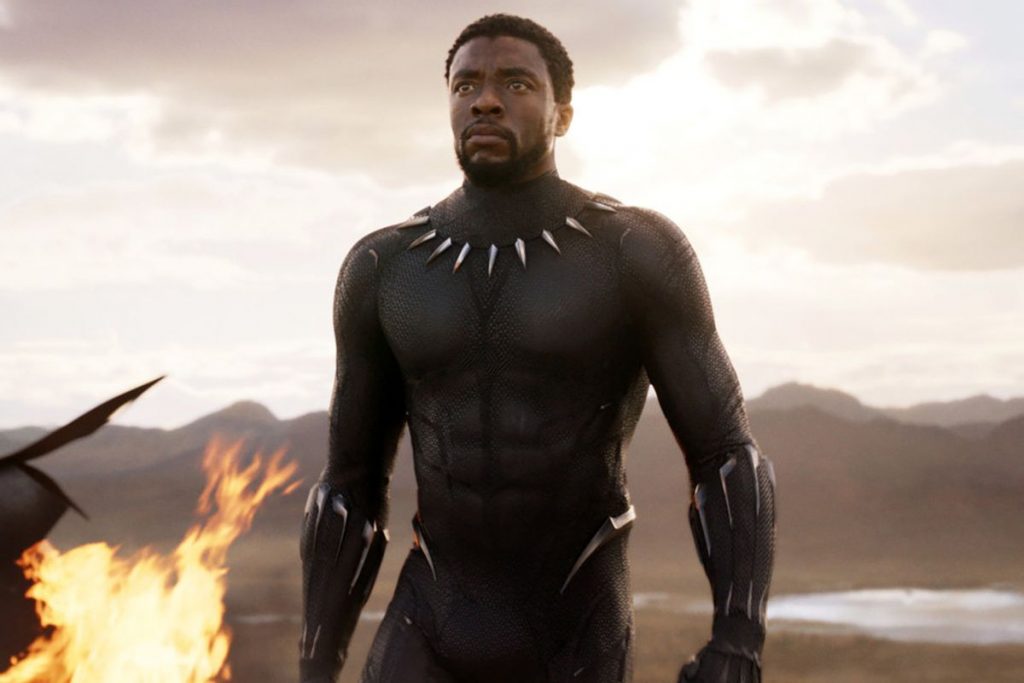 The growing popularity of streaming platforms, the Netflixs and Amazon Primes of this world, may be the next big change. Or maybe there will be enough source of franchise films. Both video games and classic science-fiction novels have been touted as possible alternatives to comic books, but nothing can shift the dominance of superheroes. How long will this last? It’s a question worth thinking about.

Superheros will certainly continue to be dominant next year, when we will have a new Avengers film as well as new Captain Marvel, Spider-man, Wonder Woman, Joker, Hellboy and Shazam films, alongside X-Men: Dark Phoenix (probably). There will also be sequels in the form of Star Wars Episode 9, It: Chapter 2, Rambo 5: Last Blood, John Wick 3 and The Lego Movie 2: The Second Part (see what they did there). Disney are doing live action remakes of The Lion King, Aladdin and Dumbo. There will also be Pokemon Detective Pikachu, which they had to be high when they came up with . Interesting non-franchise films in include The Favourite, London Film Festival hit If Beale Street Could Talk and the new Quentin Tarantino Charles Manson film: Once Upon A Time in Hollywood.

Will any of these be good? I hope so and we will be reviewing a fair chunk of them on our podcast so subscribe in your podcatcher of choice to find out. Until then, enjoy your New Year and see you in the cinema. 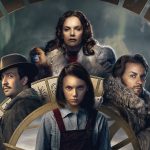 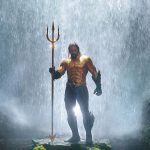 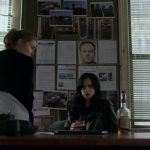