You are viewing all posts published for the month of February, 2022. If you still can't find what you are looking for, try searching using the form at the right upper corner of the page. 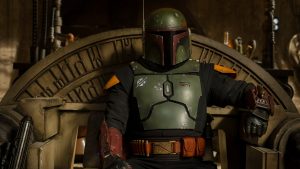 This fortnight, Nick and Alastair armour up and hit the trail with Star Wars: The Book of Boba Feet, then hunker down for the apocalypse with Don’t Look Up.

But first, a rare detour into music reviewing as Nick’s heard the new Frank Turner and Mitski albums, while Alastair’s enjoying not just the new Black Country, New Road record, but also movies The Souvenir and The Souvenir Part II. Bloody hell.

But, at last, they must sit down and watch the latest Disney+ Star Wars antics in The Book of Boba Fett (14:30), chronicling one man’s rise to somehow being the second most popular man to wear his armour despite getting there first. Spoilers throughout. 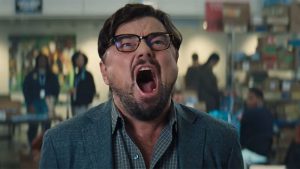 And then it’s time to embrace oblivion in apocalyptic Netflix comedy-drama Don’t Look Up (29:48), starring… more or less everyone. 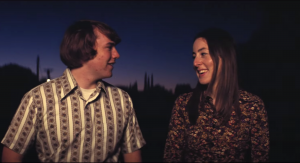 This fortnight, Nick and Alastair take their annual stab at catching some films which will go on to win Oscar glory with Paul Thomas Anderson’s Licorice Pizza and Joel Coen’s The Tragedy of Macbeth. Their success has been variable in the past, will these films finally win out?

But first, Alastair’s back on the Netflix subtitled drama with The Silent Sea, while Nick’s finally gone back and watched all of HBO scorched-Earth political satire Veep.

And then they cruise back to the 70s with the smooth romance and weird Hollywood satire of Licorice Pizza (11:02). 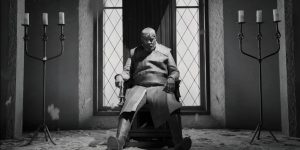 Last of all, going forward in time to their GCSE years, Nick and Alastair take a look at The Tragedy of Macbeth (23:03).