You are viewing all posts published for the month of February, 2021. If you still can't find what you are looking for, try searching using the form at the right upper corner of the page. 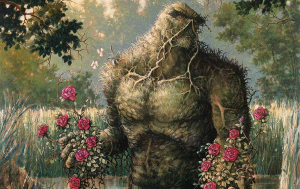 Five years of Moderate Fantasy Violence! Happy birthday to this podcast on this very day, and to celebrate the world’s continuous improvement since they started in February 2016, Nick and Alastair dig into their personal vaults to bring out some real classics: Alan Moore’s character-redefining run on Swamp Thing and Alfred Hitchcock’s cinema classic North by Northwest.

But first, slightly more currently, Nick’s finally watched the second season of His Dark Materials, while Alastair’s up to the third run of Disenchantment. Both shows which got a pasting last time they appeared here – have things improved?

And then it’s back to the eighties, before either of our heroes were born, for Nick’s recommendation: the opening eight issues of Swamp Thing (9:47) by Alan Moore, Stephen Bissette and John Totleben, including the classic Anatomy Lesson issue and a lot of relatable plant material. 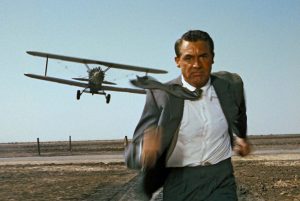 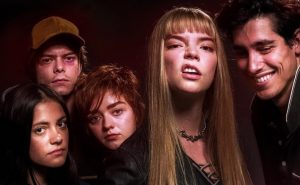 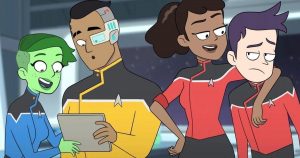