Hi! Nick here, and since there are no excess clips from our latest podcast (because we’re such fine pros), I thought I’d tap out a blog post for the website on something I’ve been thinking about lately – also a topic I can’t discuss at length on the show as Alastair doesn’t care at all. Yes, it’s the DC superhero twin shows Flash and Arrow.

I’ve been observing the difference in their love interest situations – Flash is still trying to put our hero together with Iris West, his original comics girlfriend/wife, whereas Arrow long ago ditched canon ladyfriend Laurel Lance (aka the superhero Black Canary) in favour of largely-unrelated-character Felicity Smoak. So which one has a better approach to wringing romance out of comic books? And how does one adapt long-running comic relationships into new TV shows without it getting odd? Well, let’s dive deep into that!

NOTE ON CANON: The old school canon love interest in the Green Arrow comics is Dinah Laurel Lance, so evidently the producers of Arrow do not think “Dinah” is a cool name for a main character.

NOTE ON SPOILERS: Spoilers up to and including around episode 21 of both shows’ current seasons, including any major deaths. Also a brief talk about love interests in Captain America: Civil War. You have been warned.

And now, to avoid anyone who didn’t want to see spoilers by accident, I’ll put a cutaway and a picture. Last chance to run. 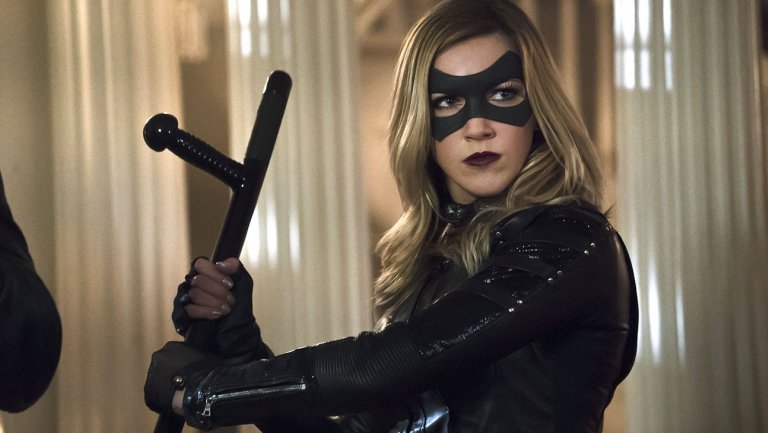 Okay, going straight in – Laurel in Arrow just died. That show developed a casual relationship with death over the years, using the Lazarus Pit from Batman comics to resurrect two major characters, one of whom was Laurel’s sister.

But Laurel’s death was coded as permanent: everyone was sad, they introduced the prospect of resurrection and discarded it. More crucially – her character reached the end of the line. Like many longrunning characters in forever-ongoing TV, she’d done all her obvious storylines and was now One Of The Gang, serving little purpose except providing a friendly face and meat for fight scenes.

Once a character has been stuck in this for a while, you imagine the writers turn to each other in meetings, nod and say: “Yeah, shall we write them out while people still care?” Roy Harper’s departure from Arrow last year came under similar circumstances, and if I were a betting man, Caitlin Snow in Flash might be next. She just doesn’t have much to do.

You could also remark that Laurel they killed, whereas Roy survived his departure. I can see the logic in the decision, Roy’s death might’ve felt irrelevant whereas Laurel’s role as Oliver Queen’s oldest surviving friend gave hers some kick. But still, yes, arguably another woman dying so the male hero can feel sad.

But the reason I bring it up is this: Laurel’s departure marked a clear admission from the writing team that they were not doing the canon romance subplot. If I had to guess, Laurel’s main reason for sticking around the last couple of years was to wait while the writers took the Oliver/Felicity romance out for a spin. Once they went all the way with Olicity (sorry) in late-season-3/early-season-4 and still hadn’t found a new major storyline for Laurel, she was doomed. 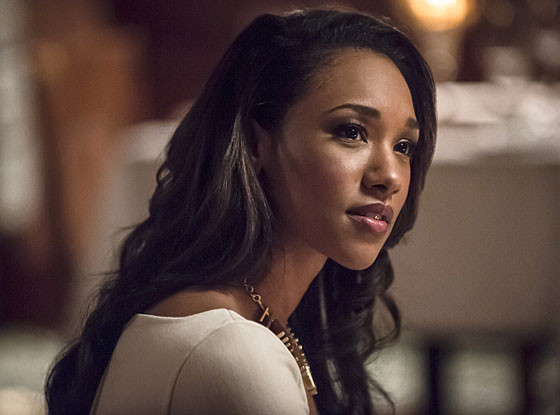 Over in Flash-land, two seasons in, the will-they-won’t-they with Iris judders onwards, as it has since the pilot. I don’t think it’s particularly working, but the hero needs a love interest according to whatever rules and no-one else has presented themselves.

Entertainingly, the woman Barry “The Flash” Allen had the most screen chemistry with is probably… Felicity Smoak again, but Arrow saw her first. If Emily Bett Rickards were physically capable of doing both shows, maybe they’d introduce her alt-reality doppelganger to date the Flash? Or is that weird?

They’ve also introduced a predestination element into the Barry/Iris relationship – Iris noticed she and Barry end up together in some alternate futures/dimensions and now wonders if this means they should give it a go on Earth-1. Maybe it’s a meta-comment on the Inevitable Canonicity of their relationship, but it comes across as a strange primary reason to date someone. With two episodes left this season, I still hope Barry will point this out and distance himself from the whole mess.

Of course, it sounds like I’m about to make the obvious declaration that they should boldly ditch the canon, but that would mean either having a replacement or letting him go without. Maybe they hoped he’d develop chemistry with Caitlin and she’d be a viable back-up option – wasn’t that hinted in season one? – but no such luck. Arrow’s Felicity plot developed somewhat organically and natural progressions are annoyingly hard to force. 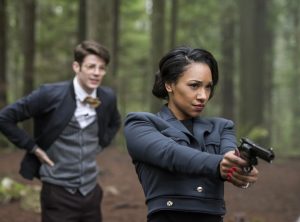 I shouldn’t be a complete dick about Barry/Iris (Biris?). Grant Gustin and Candice Patton don’t have bad chemistry and I’ve seen worse protracted will-they-won’t-theys in my years watching TV. But the Iris character just ends up hanging around in a vague “I am here because I am the canon wife” way. Also, because they made Barry’s never-ending crush on her explicit from the pilot, it skates on the edge of being creepy after two years. (Especially as they are also adoptive brother and sister. Even superfast pseudo-incest is still unsettling, guys.)

Not to mention, from a Thrilling Viewing!!! perspective: she’s been presented as such a looming inevitability from the very start, almost anyone else would seem a more exciting, vital option. Doesn’t help that Iris sometimes lacks much else meaningful to do.

Maybe this is an unfortunate clash of TV will-they-won’t-they tropes and comics canon – it removes a layer of uncertainty that helps the old TV standard work. Plus meta-knowledge of the comics persuades TV writers to treat the relationship as even more inevitable and fateful, yet TV still demands two or three years of back and forth. Result: a strange kinda limbo.

Of course, Flash is hardly the only superhero property with a canon/romance problem. Many Captain America fans are disappointed Marvel stuck with the comic-faithful Sharon Carter kiss in the Civil War movie rather than giving them the hot man/Bucky love they crave. Sharon wasn’t waved at us repeatedly in quite the same way, which at least meant I wasn’t already bored by her – if anything, they did so little setup that Steveron (is that it?) ended up a bit underdeveloped.

Working the canon relationship doesn’t always lead to disaster – big fan of Downey Jr/Paltrow as Tony Stark and Pepper Potts, but that’s the beauty of the movies, they kinda have to get on with it. They can’t introducing a character as the Only Inevitable Love and watch the dynamic grow weirder (and semi-incestier) over time if something doesn’t arrive to happily disrupt it.

Although I’m publishing this article with two episodes left to see in The Flash season two, so they might be planning to aggressively address this in the next fortnight. Hopefully they won’t make me look too stupid.