However, Marvel’s big hit of year was the space opera adventure film Guardians of the Galaxy, my favourite film of the year. It was visually stunning, hilariously written, had likeable characters and a strong story. Guardians of the Galaxy marked something of a departure for Marvel and thus was a gamble, but it paid off amazingly well. Guardians of the Galaxy brought the fun back to summer blockbusters and reminded me of the films I loved as a child, from Jurassic Park to Men In Black, because of the way it blended visual spectacle with a sense of humour.

Guardians of the Galaxy shows that humour and warm characters, when combined with good writing and able directing, can be just as successful as a gritty setting and dark themes. DC should take note of how Marvel is bringing the fun back to superhero movies, as their overly serious tone is chasing the fun from summer blockbusters.

Marvel’s properties at other studios fared less well this year. The X-Men crossed over with themselves in X-Men: Days of Future Past. It was good to see Hugh Jackman, James McAvoy, Michael Fassbender, Ian McKellen and Patrick Stewart in one film, and all of them delivered a good performance. Peter Dinklage showed that he is just as watchable out of Games of Thrones as in it, and Jennifer Lawrence is always good – but the whole ended up being less than the sum of its parts. Despite the stellar cast and competent directing from Bryan Singer, the end product failed to light up the screen in the way which X2: X-Men United had. However, it was still enjoyable enough to make me look forward to future X-Men big screen outings.

The Amazing Spiderman 2 opened to poor reviews and poor box office, and seems to have single-handedly killed off Sony’s attempts to make a shared Universe franchise out of Spiderman. The trailer looked awful despite the fact that Andrew Garfield, Emma Stone and Jamie Foxx are all strong talents. Full disclosure: I did not actually see this film, so it might have been better than the impression that I got. However, in my view the best thing which could have come from The Amazing Spiderman 2 is Sony selling Spiderman back to Marvel so that he can appear in Avengers: Infinity Wars, which is due in late 2017. 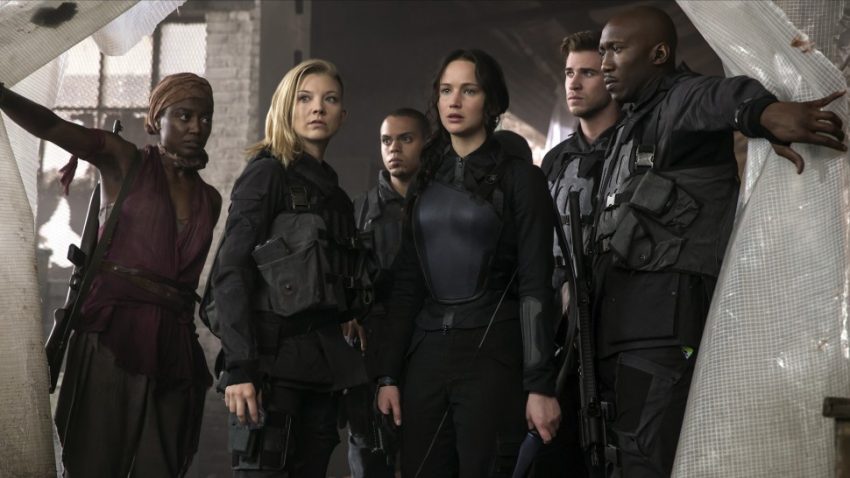 Adaptations not based on comic books had a good year, a notable standout being The Hunger Games: Mockingjay – Part 1. Jennifer Lawrence is fantastic in the role of Katniss Everdeen, the reluctant hero in the war against the tyrannical President Snow (Donald Sutherland). The third film in the franchise impressively upped the stakes and the tension whilst keeping the characters forefront. The use of present day sets and locations, as opposed to futuristic ones, brought home the reality of the conflict which looked more like events which are unfolding in the Ukraine rather than a sci-fi film. Philip Seymour Hoffman also showed that he was a giant of film acting who will be sadly missed. This movie could have been a filler before the last part of the Hunger Games next year, but it turned out to be a solid stand-alone film.

The surprise hit of the year was The Lego Movie. This could have been either a new Toy Story or a painfully extended Lego advert. It turned out to be the former, hugely funny and with a real sense of warmth which the early Pixar films did so well. At several points I laughed so much that I cried, Will Ferrell was especially good as the villainous Lord Business and Will Arnett’s Batman stole the show in every scene in which he appeared. The story was ridiculous and charming, filled with great set pieces, comic pratfalls and a climax which managed to be funny, tear jerking and make a serious point all at the same time.

It was a close run race for film of the year, but The Lego Movie was just narrowly beaten into second place by Guardians of the Galaxy (mainly because of my love of space opera). The Lego Movie was still hilariously funny, had a good story and great characters, I am struggling to think of any reason why anyone would not like this film.

Quality original films were thin on the ground this year, as they have been for several years, but one stand-out film was the Christopher Nolan-directed Interstellar. Having finished his Dark Knight trilogy, Nolan has gone back to big budget grown up sci-fi, which makes me very pleased as I really enjoyed both Inception and The Prestige. Matthew McConaughey starred in his near future wormhole-based adventure film, which was beautifully shot and had real tension throughout. The performances from McConaughey, Anne Hathaway, John Lithgow, Casey Affleck and Jessica Chastain anchored the visual spectacle in personal drama. This coupled with an excellent surprise cameo from a well-known A-list actor meant this was one of the best acted films of the year.

Where Interstellar really shone was in its direction, production design and music. Interstellar is breathtakingly shot, confirming Nolan’s place as one of the most visually-interesting directors working today. The score from Hans Zimmer kept me on the edge of my seat and the film was lovingly designed with real thought about what the near future might look like. Interstellar is a powerful, interesting, emotional and clever film. It shows you can push the envelope of cinema and entertain at the same time, and that audiences will respond positively to this.

Elsewhere original films did poorly. Luc Besson, who is usually a safe pair of hands for a sci-fi action film, directed the sub-par Lucy starring Scarlett Johansson. Besson’s usual visual flair was out in force, but after three interesting opening scenes all tension evaporated from the film and we were left with a series of empty spectacles and boring action set pieces. It goes to show that you can have an enormous effects budget, a director of amazing sci-fi films like The Fifth Element and a strong casting including Morgan Freeman, Min-sik Choi and Amr Waked, but still end up with a film which is pretty to look at but ultimately quite boring. 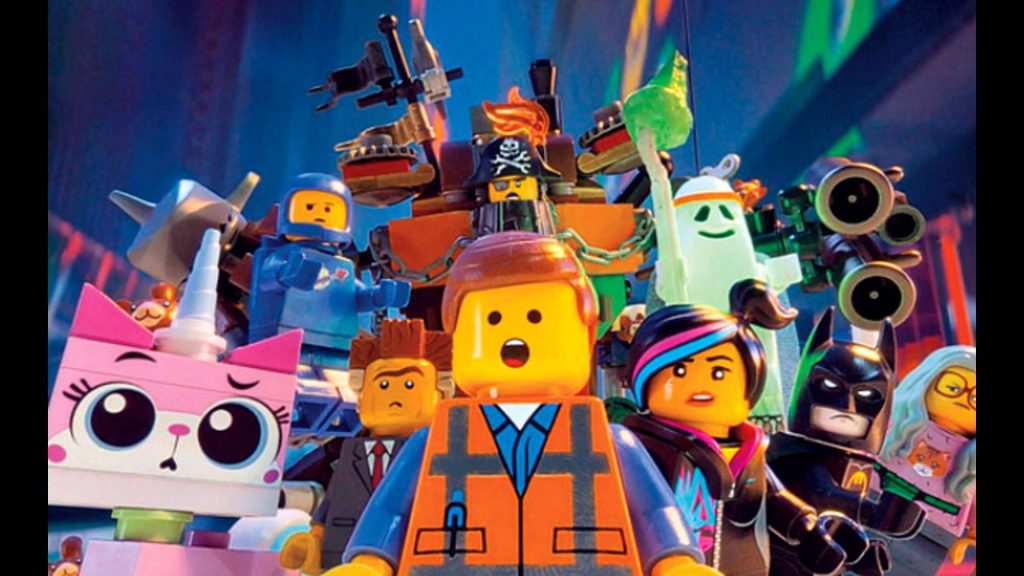 This year I took some time to explore the thriving indie sci-fi scene through the Sci-fi London film festival, and I was very impressed by what I saw. Firstly the The Phoenix Project was an interesting low budget sci-fi thriller which owed much to Primer, but was still one of the best original sci-fi films I have seen in a while. Director Tyler Pavey did great work with a small cast, a small budget and limited locations, I will be very interested to see what he does next.

At Sci-fi London I also enjoyed Who’s Changing, a fan-made documentary about Doctor Who through the years. It features contributions from leading members of the fan community, cosplayers, former companions such as Ace (Sophie Aldred) and Leela (Louise Jameson), journalists, and rank and file fans. This film is a labour of love and was really interesting to me, a die-hard Whovian, but I would recommend it to any Who fan, old or new, dedicated or casual.

I wish I had seen more indie sci-fi films this year, and will endeavor to do so in future. The vitality and creativity of the indie sci-fi scene is a ray of hope to a genre that is so dominated by huge Hollywood franchises that even I worry that sci-fi cinema risks becoming bland. Indie film-makers are doing some great work on low budgets, and I look forward to seeing more of their output in future.

Marvel continues to dominate sci-fi cinema but their output for the last two years has been very good so I am not too worried. Based on the quality of the last three Marvel films, I have high hopes for 2015’s Avengers: Age of Ultron and Ant-man, especially the former which had a very impressive trailer.

This year as also been good for sci-fi action movies which ditch the gravelly voices and grimness, and take a more light hearted approach. Movies like Guardians of the Galaxy and The Lego Movie remind me of the films of my childhood, when the emphasis on blockbusters was to be fun, and I hope this trend continues. In 2015 we can look forward to a film adaptation of The Man From U.N.C.L.E. and a ‘Goosebumps’ film, both of which hopefully will be lighthearted fun.

I predict little will change in 2015 as franchises, comics (mainly Marvel) and adaptations continue to dominate the box office. This can be illustrated by a list of what to look forward to in 2015: next year will see the end of the Hunger Games franchise, a new Bond movie, a new Mission Impossible movie, a new Fantastic Four movie, a new Terminator movie, a new Mad Max movie, a new Jurassic Park movie and a new Star Wars movie. The latter I expect will be the big noise of 2015.

The state of cinema is unlikely to change soon but there are still plenty of quality films coming from the established franchises. There are also fresh ideas coming through from interesting indie filmmakers, and always the chance of a surprise at the box office next year. Much like a year ago, I will have to conclude by saving that I do not know what 2015 will hold but I can guarantee that I will be in the cinema finding out. 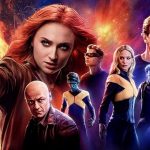 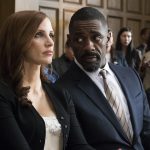 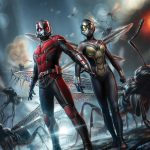 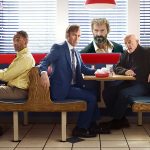 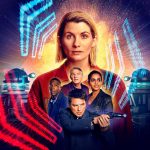 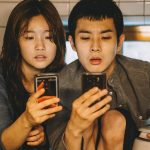