The former was a great success, being both funny and spectacular. The film rests heavily on Robert Downey Jr’s charisma as he adds the slight touches of humour so evidently missing from the po-faced Batman movies. However a sharp script and good supporting performances from Ben Kingsley and Guy Pearce make this a solid film. Thor: Dark World was a similar fare, funny in places but let down by weak performances and a lack of any real emotion. The unstoppable Marvel machine continues its march towards Avengers: Age of Ultron in 2015 and the Phase 2 films are, overall, decent.

Elsewhere, comic adaptations fared less well. Man of Steel was over-long, heavy on the action, light on the character development and generally uninspiring. It proved that Zack Snyder is one of Hollywood’s most underwhelming directors, taking his subject matter too seriously and forgetting basic action film principles like the need for relatable protagonists. Kick Ass 2 turned in a good performance from Jim Carrey (when was the last time that could be said?) but ultimately failed to be funnier than the original.

2013 was also good year for adaptations from non-comic based sources. One of my favourite films of the year was The Hunger Games: Catching Fire based on the novel by Suzanne Collins. This packed a fair amount of action as well as some insight into totalitarianism into an accessible film. The protagonist Katniss is one of this year’s most empathetic characters and is superbly played by Jennifer Lawrence.

Earlier in the year J.J. Abrams brought out a sequel to his 2009 hit Star Trek entitled Star Trek Into Darkness. Abrams is proving to be a competent action sci-fi director and this film was hugely enjoyable. Benedict Cumberbatch camps it up excellently as the legendary villain Khan. This bodes well for Abrams’ new Star Wars film, expected in 2015.

Original sci-fi did less well this year. The best movie was clearly Elysium, the follow-up to Neill Blomkamp’s surprise 2009 hit District 9. Matt Damon and Jodie Foster fight over a literal wealth gap in this near-future dystopian action adventure which ultimately proves to be less clever and original than District 9. This year’s big turkey was After Earth, the Will Smith/Jaden Smith team-up which preformed poorly at the box office. Oblivion also lacked tension, made little sense and served only to further erode Tom Cruise’s box office credentials.

Despite this there were a few surprise hits this year. Guillermo del Toro remains one of the most creative directors working in Hollywood. This year he gave us Pacific Rim, an epic sci-fi action adventure which was beautifully shot and boasted great performances from Idris Elba and Rinko Kikuchi.

However my favourite movie of this year was Gravity, Alfonso Cuarón’s balletic space survival movie, the first movie to use 3D as a means to enhance the narrative. Sandra Bullock was excellent in this movie, which had scenes so spectacular I found myself holding my breath in the cinema. This was a movie that made full use of the film-maker’s toolbox and delivered on all accounts.

So what do we have to look forward to in 2014? Marvel have two films lined up for us. First off, Chris Evans reprises his role as Captain America alongside Samuel L. Jackson and Scarlett Johansson. This could go either way but Jackson is usually worth the price of admission. Later in the year Guardians of the Galaxy will be released. This film marks something of a departure for Marvel to a more sci-fi space-based thriller as opposed to Earth-based superhero movies. Let’s hope it’s more Thor and less Green Lantern. 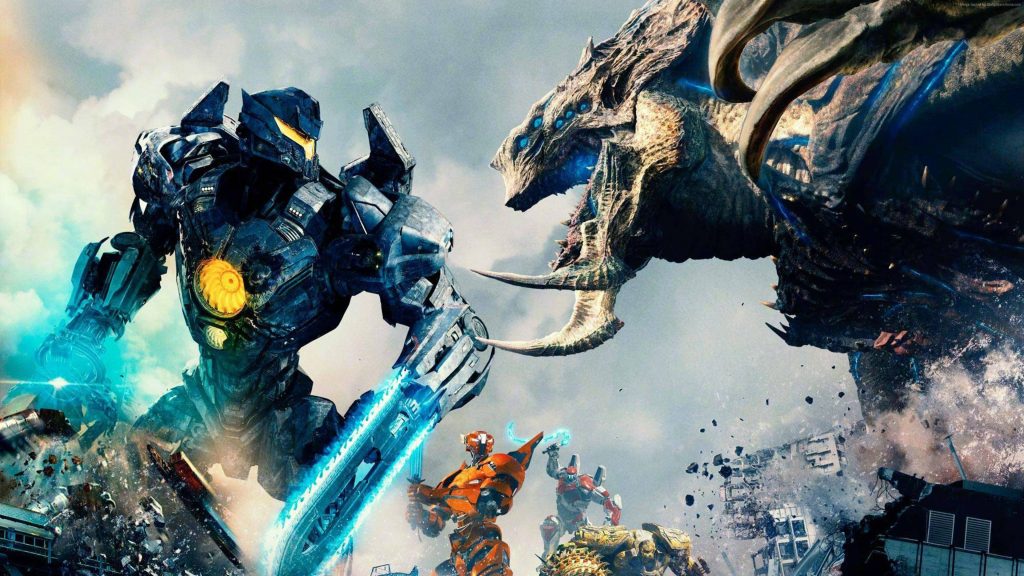 The X-Men are back and are crossing over with themselves in Days of Future Past, meaning Michael Fassbender and James McAvoy will reprise their roles from X-Men: First Class. Both are very watchable and Bryan Singer is back at the helm so I am curiously optimistic about this film.

Meanwhile the Hobbit trilogy will draw to a close with The Hobbit: Battle of the Five Armies. The second part was spectacular but there is no artistic justification for such a short book being made into three films.

Reboots will also be out in force next year with a new RoboCop film, a new Godzilla film and new Planet of the Apes film, this time entitled Dawn of the Planet of the Apes. Sequels will be well represented with Sin City: A Game to Die For, Amazing Spider Man 2, Transformers: Age of Extinction and The Hunger Games: Mockingjay – Part 1.

Looking down the list of releases for next year original content is thin on the ground. Tom Cruise will star in time travelling, sci-fi action adventure Edge of Tomorrow and Christopher Nolan will direct wormhole-based sci-fi thriller Interstellar.

2013 has been a good year for film, if a not particular original one, will 2014 follow suit or will it be full of surprises? I cannot say, but I can guarantee that I will be in the cinema watching what happens.