In 2022, the cinema was back in a big way, and I was very pleased to be able to watch 36 films released this year; either at the cinema or on streaming services. The world is still feeling the aftershock of the lockdowns, but in the cinemas at least it felt like a return to 2019. After a few months, people weren’t even wearing masks anymore.

It also felt like 2019 because we had a full program of superhero movies. Matt Reeves and Robert Pattinson managed to find a somewhat fresh take on the Dark Knight in The Batman, by focusing on a younger, still grieving, and unsure of himself Bruce Wayne. It somehow managed to make the nearly three hour run time work and featured exceptional supporting performances from Collin Farrell and Zoë Kravitz.

On the other side of the superhero divide, Marvel had one of their weakest years yet. Thor Love and Thunder underwhelmed after high expectations from director Taika Waititi following the success of Thor: Ragnarok. Dr Strange in the Multiverse of Madness fused Sam Raimi’s dark horror comedy with the Marvel source and Dr Strange’s own kaleidoscope visual style, but didn’t do much to be more than the sum of its parts. 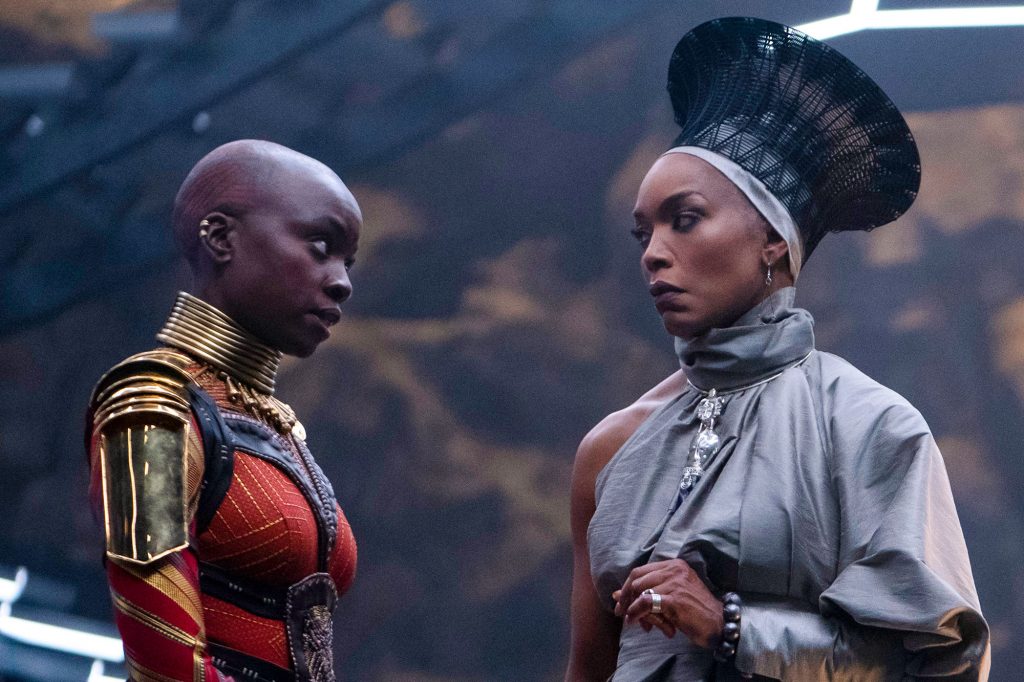 Black Panther: Wakanda Forever managed to overcome the death of the franchise’s star, Chadwick Boseman, and tell a moving story of a family facing grief, whilst battling a powerful undersea rival. Ryan Coogler’s excellent directing and great performances from Letitia Wright and Angela Bassett brought the film together and Marvel ended the year on a high. Questions remain over whether Phase 5 of the MCU can be as successful and well-received as the previous phases, but we’re going to have to wait and see how next year’s releases shape up to know for sure.

It should surprise no one that Tom Cruise can pull together an exhilarating franchise blockbuster, and his long-awaited sequel to Top Gun was exactly that. Cruise and co. wowed audiences with real jets and practical effects, to make an old school action blockbuster to rival that of the 80s or 90s.

Less impressive, but similarly long-awaited, Avatar: The Way of Water wasn’t the visual revolution of its predecessor and offered little aside from spectacle. The plot and characterisation were simple, even for a Hollywood blockbuster. Although the water looked good, this film lacked the visual impact that made people excited about Avatar 13 years ago.

Also disappointing was Jurassic Park: Dominion, which crossed over the casts of the two Jurassic Park trilogies but left little lasting impression. The surprise non-comic book franchise hit of the year was the direct to Disney+ Prey, a new Predator film set on the 18th century Northern Great Plains and focusing on members of the Comanche Nation. Amber Midthunder led a strong cast in a film that reminded sci-fi fans what they loved about the Predator franchise in the first place, and is the best instalment in the alien hunter series since the original Predator.

In non-franchise blockbusters territory, Glass Onion was a high-class follow-up to Knives Out and shows that Daniel Craig finally has a vehicle he seems keen to helm. Rian Johnson directed a film that is both funny and dramatic, and the stellar casting, including Edward Norton, Kate Hudson, Dave Bautista and Jessica Henwick, are a delight to watch. I hope that this is the second of many instalments in the Knives Out series.

Speaking of strong directing and a strong cast, Robert Eggers led Alexander Skarsgård, Nicole Kidman, Ethan Hawke and Anya Taylor-Joy in bloody Norse revenge adventure The Northman. Having a Hollywood blockbuster cast and budget did not dilute Eggers’s signature weirdness or attention to historic detail; the end result was a breath-taking action spectacular owing more to David Lean than the MCU. One of the surprise trends of 2022 was that the old-school blockbuster still has life in it, in the age of superhero shared universes. 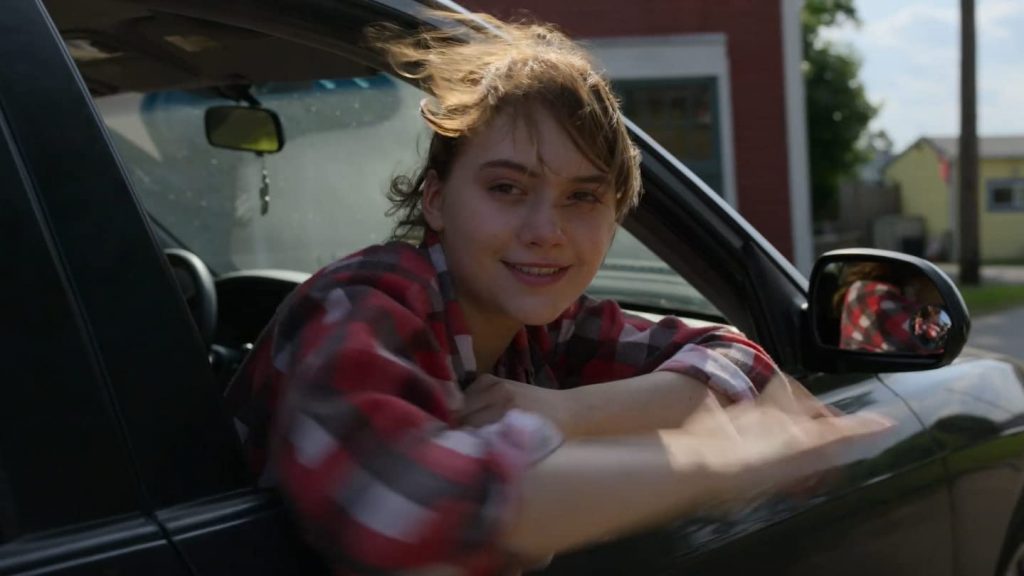 The Oscars came and went with the usual round of Hollywood studio prestige pictures, and a few interesting surprises. Ryûsuke Hamaguchi’s Drive My Car, this year’s token non-English language best picture nominee, was a powerfully understated and deeply sad study of grief that used its three-hour running time to great advantage.

Elsewhere, the Oscars were a little underwhelming, with Belfast being a slightly obvious coming-of-age film (despite the interesting backdrop of The Troubles), West Side Story was so close to the original that it made me ask “what’s the point?” and Don’t Look Up was about as subtle as being hit by a comet. At least Licorice Pizza and Nightmare Alley were both interesting and entertaining; whereas Will Smith impressed in his performance vehicle King Richard, and then ruined his moment of glory by hitting Chris Rock at the Oscars ceremony.

The pleasant surprise of the awards season was CODA, starring Emilia Jones as a hearing teenager in a deaf household who wants to become a singer; much to the confusion of her parents, brilliantly played by Troy Katsur and Marlee Matlin. The film is both sweet and moving; it made me laugh and cry.

CODA’s subplot about union organising in a small fishing community lends the film a subtle political relevance. It’s a positive portrait of blue-collar America, without a mention of Donald Trump and with a low-key celebration of the contribution migrants make to America via Eugenio Derbez’s singing teacher. This was the strongest of the best picture nominees this year and its surprise win at the Oscars made me very delighted.

Other interesting surprises of the year include See How They Run, a murder mystery comedy with a strong cast led by Sam Rockwell and Saoirse Ronan, which kept the watcher guessing until the end. Ronan’s Little Women co-star Florence Pugh also had a strong year, ending with the excellent The Wonder that managed to be creepy and powerful in equal measure; at times moving me to tears and at others striking a deeply unsettling cord.

Pugh also starred in Don’t Worry Darling, where she delivered a strong performance in an otherwise average film. Sadly, the controversy around the film’s press tour overshadowed the film itself. Pugh is one of the best young talents working in Hollywood and her career can only go upwards. She ended the year on a high and Oscar nominations seem likely to me. In 2023, she has an exciting release schedule, including Zach Braff’s A Good Person, Christopher Nolan’s Oppenheimer and Dune: Part Two, and is likely to have another very strong year. 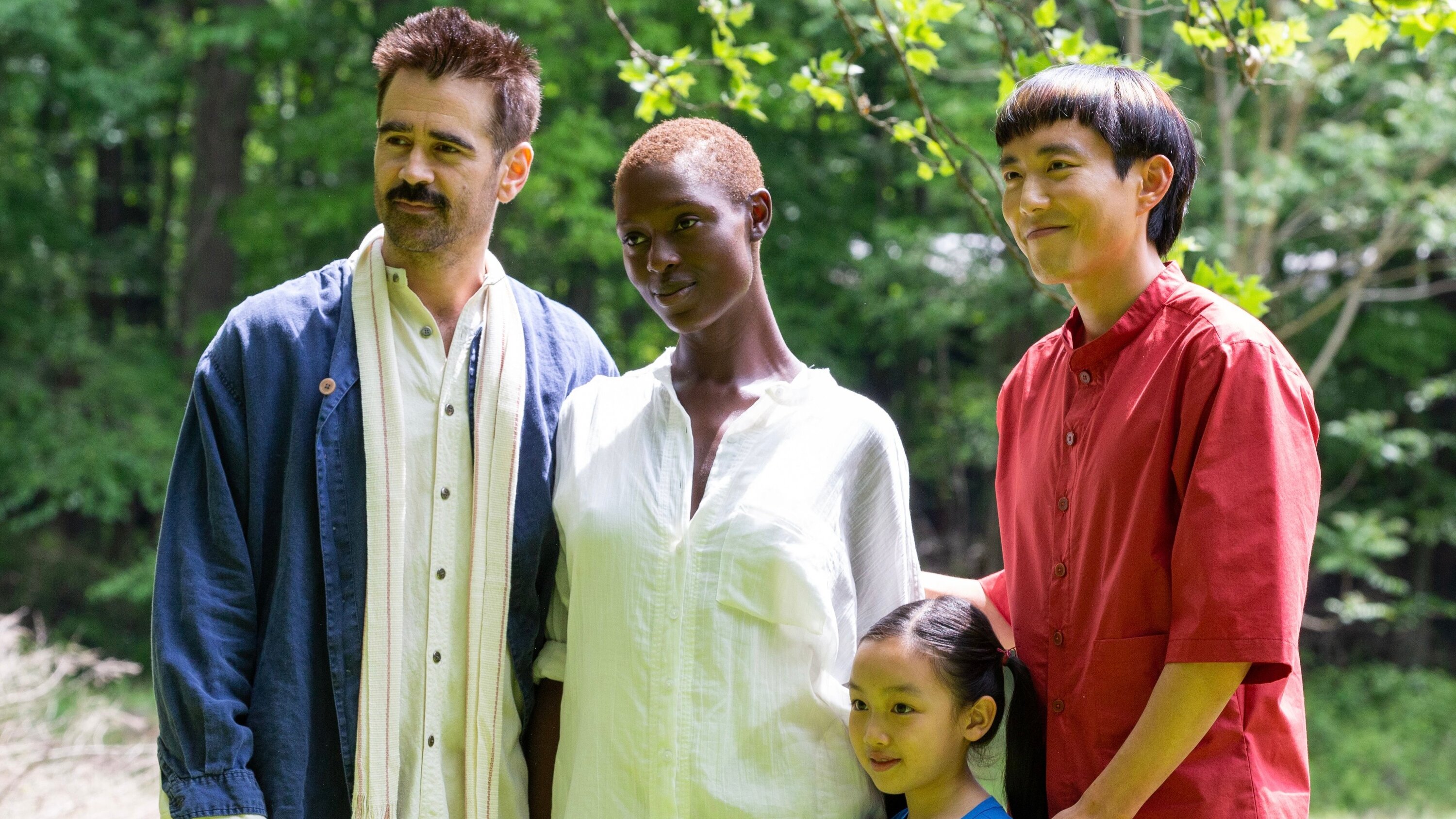 It was a good year for unusual and independent science fiction films, including the quietly sublime After Yang that powerfully captured a family grieving for their dead robot son and the brilliantly bizarre, heart wrenching and strangely funny dimension-hopping adventure Everything Everywhere All At Once, which finally gave Michelle Yeoh a leading role. Jordan Peele also impressed with the terrifying and at times oddly funny Nope, and David Cronenberg showed that he still can create deeply disturbing films with Crimes of the Future, which left me still feeling traumatised days after watching.

Other more Earth based independent films of the year included The Souvenir Part II and Bergman Island, both of which turned the personal drama of upper-middle-class filmmakers into surprisingly electric films. These films could have been seen as the disconnected problems of the people who have climbed to the top of Maslow’s Hierarchy of Needs, latter day white telephone films; but through bringing empathetic characters to life and with excellent performances and directing, both managed to be powerful statements on human relationships and their effects on creativity.

Pushing the art house envelope further this year was The Tragedy of Macbeth, directed by Joel Coen, which made the dark and violent world of Shakespeare’s Macbeth vivid in stark black and white photography. Alex Garland, who can be inconsistent, returned with Men, a disturbing rural horror that had a lot to say about contemporary gender roles. Strong performances from Jessie Buckley and Rory Kinnear ground the film. The latter of whom plays all the men, which could have been a gimmick but in the hands of Garland’s capable directing allows the audience to connect with Buckley’s protagonist’s claustrophobic sense of being constantly hunted.

Outside of the anglophone world, the surprise hit of the year was the Danish comedy The Worst Person In the World, the conclusion to Joachim Trier’s Oslo trilogy. It captured the millennial angst in a funny and universally accessible way, whilst also telling a story rooted in middle-class life in Copenhagen. Spanish master Pedro Almodóvar directed another brilliant film in Parallel Mothers, which managed to be politically relevant via a plotline involving excavating Franko-era mass graves and had a brilliant lead performance from Penélope Cruz.

Park Chan-wook’s Decision to Leave bent genres and minds with its dark detective love story that homaged Alfred Hitchcock and moved in unexpected directions. Swedish drama Black Crab terrified us by showing us a world ravaged by climate change and military authoritarianism and the German war film All Quiet on the Western Front brought the horrors of World War 1 to life and became the definitive adaptation of the classic novel. 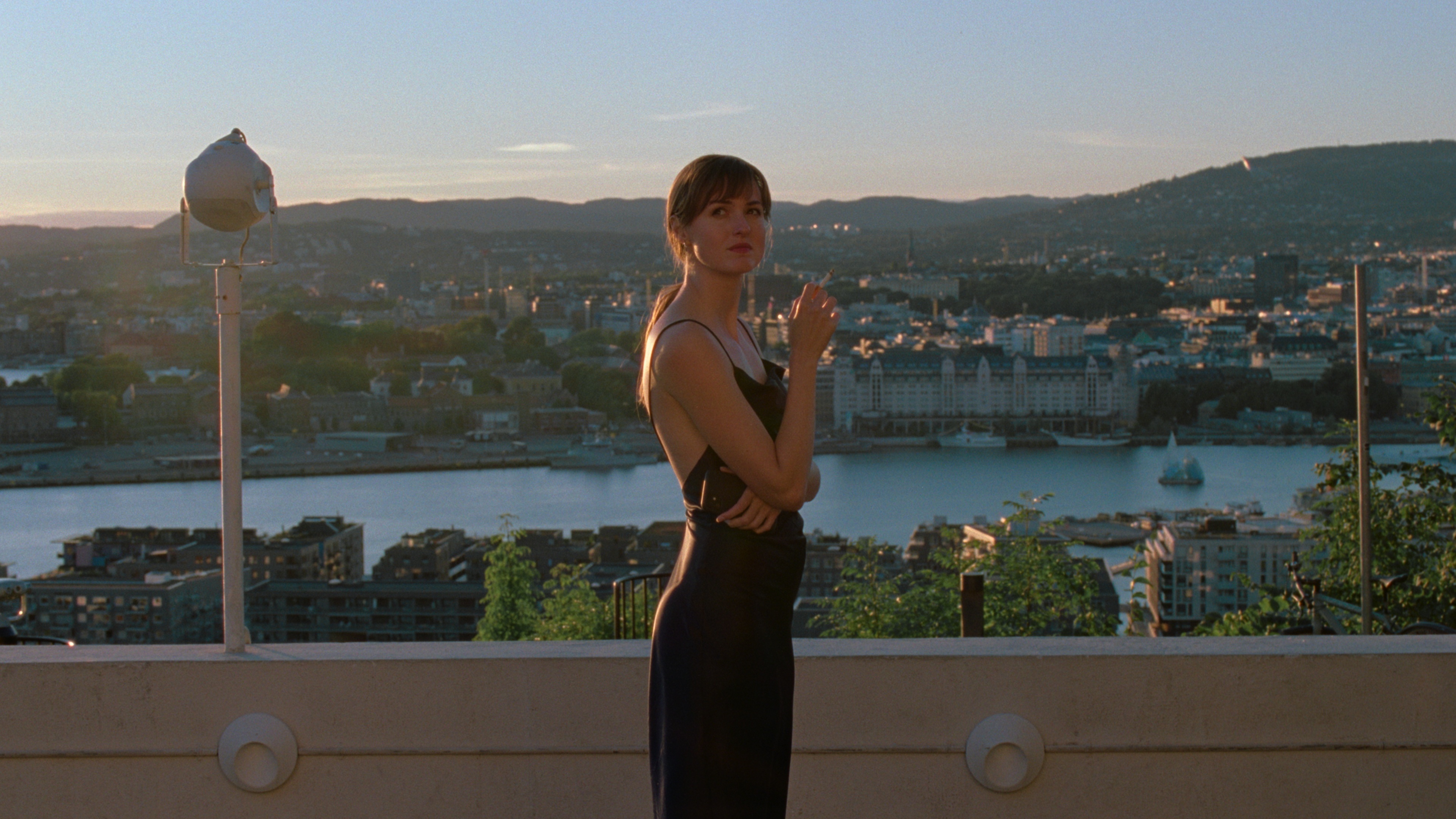 These art house, foreign language and unusual Hollywood films, from The Worst Person In the World to The Wonder, were the strongest films of the year and showed the breadth and diversity of modern cinema in terms of story, performance, genre, style, theme and casts. A few exceptions, such as The Batman and Prey, aside, it was a sub-par year for blockbuster tentpole films.

I’m not in a rush to predict change to the dominant Hollywood ways of making films, and after the last two years we all enjoyed some normalcy, but the vitality of cinematic life outside of mainstream blockbusters shows that there is a potential new wave knocking at the door, wanting to be let in.

Next year we will be well served with studio blockbusters, including Guardians of the Galaxy Vol. 3, Spider-Man: Across the Spider-Verse, Ant-Man and the Wasp: Quantumania, Aquaman and the Lost Kingdom, Indiana Jones and the Dial of Destiny amongst others, so don’t expect anything to change soon.

What will be the huge hits, flops and surprise treats of 2023? The only way to find out is to get down to the fully open cinemas and watch some films. As excited as I am for the major releases of 2023, my main lesson from this year is to look outside the mainstream for lower-profile, offbeat and unusual films that could be the stand-out films of the year. Be prepared to be surprised.