There is conflict in the Middle East. Ideological differences are causing strife between communities. If a resolution is not found then this conflict might spread instability across the region.

Well, maybe that’s overstating the importance of an argument about cinema, but there are crucial divisions in how different groups of Middle Eastern filmmakers approach their craft. It is a conflict that a lot of national or regional cinema movements must face and arises from the dominance that Hollywood has over the global film industry. The issue is whether you embrace the Hollywood model of filmmaking or if you create your own national or regional style. It is a debate that is being had from London to Dubai. 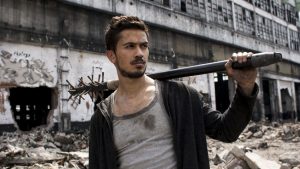 As well as different subject matter to Hollywood films, the reliance on art house audiences means that many Middle Eastern films have a typically non-Hollywood narrative approach. This is partly because of the different storytelling traditions in the Middle East. However, Hollywood movies, with their very Western approaches to storytelling, do find an audience in the Middle East. Films with a non-Hollywood approach to narrative find an audience in Western art house cinemas.

What is popular in the Middle East are genre movies from Hollywood (and Bollywood), partly because of their marketing power, but also because of their familiarity. People the world over are raised on a diet of Hollywood films, from Jaws to Iron Man, and are very familiar with the grammar of Hollywood films. The more familiar you are with the language and syntax of one type of filmmaking, the more likely you are to enjoy that type of film. People who are aware of the languages of cinema and consciously seek out films that experiment with this language or approach it differently are the audiences for art house and independent cinemas. If Middle Eastern films do not embrace the Hollywood language then they will struggle to find that indigenous audience but will be popular in art house cinemas aboard.

The Worthy, an Emirati film, has been created as a Middle Eastern film to appeal to Middle Eastern audiences raised on the Hollywood diet. The film is very Hollywood in its approach. It is a genre film – a horror/thriller – and most of the tension in the film comes from a violent physical conflict between individuals. There are no obvious allusions to current political or social conflicts in the Middle East. I saw The Worthy at the London Film Festival and in the following Q&A the director, Ali F. Mostafa, said that Arab filmmakers want to build an audience for their films in their domestic markets. He said that Arab cinema goers see a lot of Hollywood and Bollywood films, but not many Middle Eastern films. This could be because of the overtly non-Hollywood nature of many Middle Eastern films that is necessary to find an audience in Western art house cinemas.

A contrast to The Worthy is Timbuktu, which was nominated for the Palme d’Or in 2015. Timbuktu is from North Africa and not the Middle East, but it is a good case study of the type of Middle Eastern films that appeal to art house audiences: namely it is a film that is a detailed portrait of an Islamic society. Timbuktu is very much the art house film that Western audiences want to see: it tackles political and social issues as well as having an episodic plot, less focus on a single narrative and a large ensemble cast, which are all typical non-Hollywood filmmaking features that appeal to art house audience. 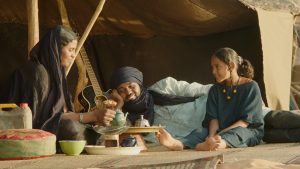 An interesting mix of the two is Wadjda, one of the few Saudi Arabian films to be made (the country has no cinemas) and significant because it is the first film to be directed by a Saudi women. Wadjda was created to appeal to Western (mainly American) audiences. It is consciously Hollywood in plot and tone. Although it tackles the serious issue of women’s status in Saudi Arabia, it is done through an uplifting, life affirming story, interpersonal conflict and humour. Wadjda could have told a story that was as depressing as Midnight Express, but in order to bring its issues to a wider audience, the film has humour and moments of human triumph. It is not a portrait of humanity crushed by a particular tyranny.

Wadjda does tackle issues that art house audiences want to see, that is the point of the film, but because it is seeking an international market (there is no Saudi domestic film market) and is not in English, that limits it to art house cinemas. Wadjda has the hallmarks of a Hollywood genre film – the individual struggling against the oppressive society that threatens their individualism is as much a feature of Hollywood cinema as superheroes or glorifying America’s role in World War 2. Wadjda is both a Hollywood and art house film.

All national or regional cinema movement will struggle with the global dominance of Hollywood. There are important decisions to be made: do we court Hollywood audiences or openly rebel against them? By defying Hollywood’s dominance, are we signing up to dominance by the main non-Hollywood audiences? How do you represent yourself to your own domestic audience when that audience is not used to seeing themselves represented on-screen – when they are represented at all.

As Western art house cinema viewers of Middle Eastern films, we need to recognise that what we see from Middle Eastern filmmaking is not what the audience in the Middle East watch when they go to the cinemas. We are existing in a parallel world of the educated, wealthy, global middle class who are having a discussion about society and culture that is separate from the majority of people who are living that culture – both in the West and the Middle East. The chattering classes chatter to themselves; everyone else is watching the latest Marvel film. 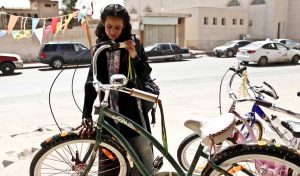 It is fine to be interested in the politics and social issues of the Middle East. Being interested in other cultures is overwhelmingly a positive thing and far better than being closedminded or dismissive of other cultures. I want more people to see Middle Eastern films of every type, be they like The Worthy, Timbuktu or Wadjda. However, it is important for a domestic audience to see a representation of themselves on screen that they find appealing and I do worry that the demands of Western art house audiences are shaping the representation of the Middle East on film.

Most people in the West do not think much about their politics or culture and I am sure it is the same in the Middle East. To represents a culture’s cinema as only interested in the politics and society of that culture is misleading to the reality many people live day to day. To pretend that people in other cultures do not see cinema through a Hollywood lens is also misleading.

These are serious issues in cinema and these will remain while Hollywood continues to dominate the global film market. If we are truly interested in cinema and other cultures then we need to think about these issues and how they affect the representations of other cultures. We need to understand the cultural environment that produces Middle Eastern films. This is the root to truly understanding another culture. 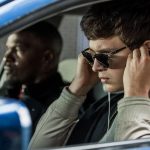 MFV #40 – How Many Getaway Drivers Would YOU Hug? 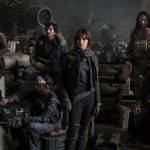 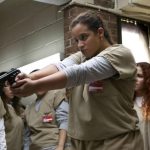 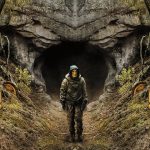