“Why does everything I love wither and die?” This was what 18 year old me thought. 18 year old me was very melodramatic, however 18 year old me had been hurt by something he loved. 18 year old me had recently discovered the rich back catalogue of the Coen Brothers, to huge enthusiasm. However, their recent output had dipped in quality. This fitted a narrative in my mind that all artists start out obscure and good, then become popular and bad. I had hoped that the Coens were different.

Discovering the Coen Brothers was a revelation for a teenaged cinephile. I had reached the point in my cinema appreciation when I was aware that good films did not necessarily have to have big name Hollywood stars and directors. Some good films might have lesser-known actors, be made by independent directors or – shockingly – might not be in English. The Coen Brothers, with their deliberately artistic style, were markedly different from the mainstream of Hollywood cinema and were opening my eyes to the different ways that films could be made.

At this point in the early 2000s, the Coens had had a long career with lots of great films. They were the darlings of the American arthouse cinema scene and had managed to cross over to mainstream success. The Coen Brothers had established a distinctive style through working across many genres. Their CV included gritty crime films like Blood Simple and Miller’s Crossing, hilarious screwball comedies like Raising Arizona and The Hudsucker Proxy and strange, abstract pictures like Barton Fink.

In 1996 they released Fargo to huge critical success. The film went on to win two Oscars, best actress for star Frances McDormand and Best Writing (Original Screenplay) for the Coen Brothers themselves. When I first saw Fargo, it became one of my favourite films, I loved how it blended genres by mixing comedy and a gritty crime narrative. It is a consciously abnormal film; the protagonist does not appear until the beginning of act 2. The Coens had managed to achieve success without compromising their arthouse creditability.

In 1998, the Coens released The Big Lebowski, which remains my favourite of their movies. It uses a slightly abstract, arthouse approach to filmmaking to great comic effect and to spoof the LA crime novels of Raymond Chandler. It is both stoner comedy and satire on early 1990s American culture. The Big Lebowski was followed up by O Brother, Where Art Thou? in 2000, a hilarious caper film, which was the first time the Coens collaborated with George Clooney. 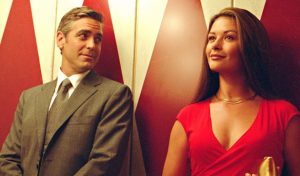 By the early 2000s, it looked like the Coens could do no wrong. They had their pick of A list actors for their projects, critical success, a distinctive style, awards and a loyal fanbase. In 2001 they released The Man Who Wasn’t There, a provocatively arthouse film, shot all in black and white and set in a vision of 1940s America that draws on the film noirs of the period. It is nostalgic for a 40s America that only existed on page and screen. Its plot is slow, focusing on the alienation of the protagonist. The film has more in common with Edward Hopper’s painting Nighthawks then it does with most Hollywood movies. The Man Who Wasn’t There won many awards (especially for its beautiful cinematography) but it is very inaccessible due to the protagonist’s almost complete lack of animation.

Intolerable Cruelty – released in 2003 – is a screwball comedy starring George Clooney and Katherine Zeta Jones, set in the world of gold digging marriages and the lawyers that try and prevent them. It is, in short, not very good. It was the first Coen Brothers film I saw in the cinema shortly after I had turned 18.

In 2004, they remade the Ealing Comedy classic, The Ladykillers. Although the Coens tried to put their own stamp on the film, about a heist that goes wrong, this film is a pale imitation of the original. The Coens were known for their subtle, oddball comedies, but many of the jokes in their Ladykillers are crude toilet humour common to so many generic Hollywood comedies. I despaired when I saw this film. The arthouse darlings, pushing the edges of genre and making subtle films, had committed the ultimate sin of Hollywood: creating an inferior remake of a classic that did not need to be remade or updated.

That’s how 18 year old me felt. 18 year old me had a chip on his shoulder that many middle class, middlebrow teenagers searching for identity have. I was crying out to express my individualism to the world through my consumption of mass-produced goods and media, which is the main way that anyone can express their individualism in a capitalist society.

My individualism was based around being the film guy, the guy who knew about films coming out and films from the past; the guy with taste. My self-image was based around being a follower of less mainstream films. This identity was compounded with a scorning of pop music and appreciation for indie. The irony that Quentin Tarantino and The Killers were also very popular was lost on 18 year old me. However the Coens, with their conscious subverting of mainstream styles, were a crucial piece of my identity. They had become, in my eyes, stooges of the mainstream. They had betrayed my love. 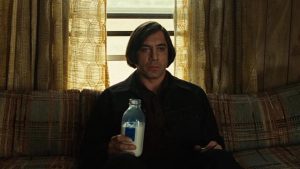 A silence of three years followed before the Coens released No Country For Old Men, which again applied their abstract style of filmmaking to a crime story. This film also consciously broke the rules of mainstream cinema – the protagonist dies off screen, there is no music in the film. No Country For Old Men was a huge success and they followed it up with Burn After Reading, another silly comedy that broke all the rules and was very funny. The Coens were back to their original form, making arthouse movies that were accessible to mainstream audiences. Now they also had the likes of George Clooney, Brad Pitt, John Malkovich and Tommy Lee Jones to star in their films.

The Coens have continued in this vein since, releasing A Serious Man, an under-appreciated film that shows the Coens’ talent for combining the traditional screwball comedy with a more modern and much darker sense of humour. In 2013 they made Inside Llewellyn Davis, a film of which every shot is a work of understated brilliance. They were even able to release an acceptable remake of True Grit.

Early this year they released Hail, Caesar! This is their fourth collaboration with George Clooney and is a salute to the old Hollywood studio system. With solid run of hit films back under their belt, the Coens are back to being the kings of American arthouse cinema as well as enjoying mainstream success.

By the times the Coens were releasing No Country For Old Men and Burn After Reading, my own understanding of both culture and myself had changed. I had learned that mainstream and popular films are not necessarily always inferior to arthouse or independent films. My identity is no longer based around having a more obscure taste in film than other people and I do not feel the need to consciously look down on mainstream filmmaking. I have even learned to appreciate remakes and toilet humour.

I can now enjoy what the Coens were trying to do with Intolerable Cruelty and The Ladykillers, how they brought their own distinctive style to mainstream cinema. They have been doing this ever since, but perhaps not as overtly commercially as they did in the early 2000s. The Coens remain a great talent of filmmaking and consistently show how directors can be original and still accessible, how they can work with big names but still break the rules, how they can be arty and popular. I hope that they continue to make great films in their distinctive way for years to come.