It was the multi-platinum selling album that dragged British indie-rock out of the doldrums. But at the time, Is This It more or less passed me by. In this article, I’ll be revisiting this seminal debut album, and asking: in hindsight, is it all it’s cracked up to be?

The Strokes were the ultimate in don’t-give-a-fuck, New York cool. Back in high school, this gave the band associations I didn’t care for. I associated them with a certain type of apathetic trendie; the kids who’d been into Ibiza dance music just a year or two earlier and suddenly morphed into bed-haired indie fans. The least cool trait in their book was to be seen to care about anything. Whilst I was being politicised by the Iraq War, these guys directed their snark towards anti-war protesters and Bush supporters alike.

I suppose what they were afraid of was being into anything that the piss might feasibly be taken out of. This album, right down to its mildly sexually suggestive cover art, was a safe bet. They all owned it. Just like they all owned By The Way by the Red Hot Chili Peppers. Consequently, I thought the album wasn’t for me.

Whatever. High school may as well have been in a previous lifetime. So it’s time to forget about the fashion and the sarcasm, and take a fresh look at this breakthrough record. 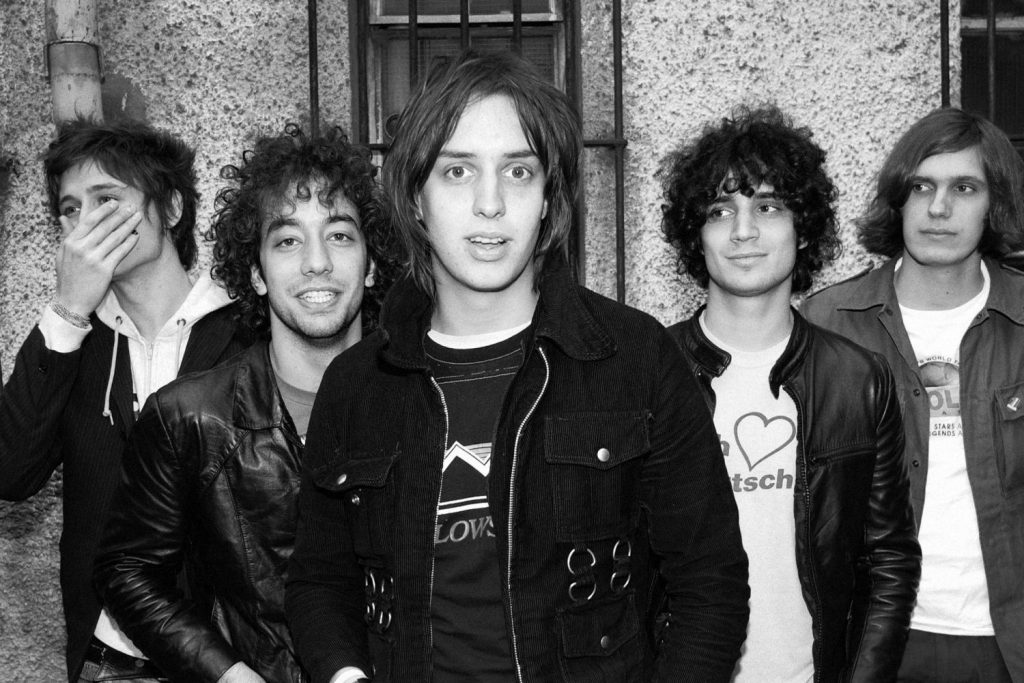 Straight away it sounds familiar. Despite not listening to it much at the time, the music was the background soundtrack of my teen years: at parties, in the sixth-form common room, at friends’ houses, you name it. This was still the case when I went to university: songs like Last Night and Someday take me right back to the packed, sweaty indie nights of my first term.

At a time when music tended to be quite over-produced, Is This It revels in a back to basics sound, giving the music an energetic vitality. Julian Casablanca’s voice is muffled and distorted throughout, in the background behind the guitar and bass, reminding me of listening to a band live. It’s also unbelievably catchy. The best tracks all have hooks that stuck in my head for days.

It starts off slowly, giving you a few forgettable tracks to get used to their signature sound, but holds back the best for the second half. Someday and Last Night will be recognisable to anyone who followed music around this time, and still sound really good. I also quite like the closing track, Take It Or Leave It, the only one that really varies in tone away from not-bothered cool.

The lyrics are the album’s Achilles heel. I’m not saying everyone has to be Billy Bragg, but the Strokes just sound like they care about nothing. In the worst places, confident cool blurs into smug laziness. This was very definitely not the era of bands having anything to say, but even by the standards of the time, this is lyrical junk food: little of substance but nonetheless enjoyable. On the other hand, it’s refreshingly devoid of anything mushy or sentimental. 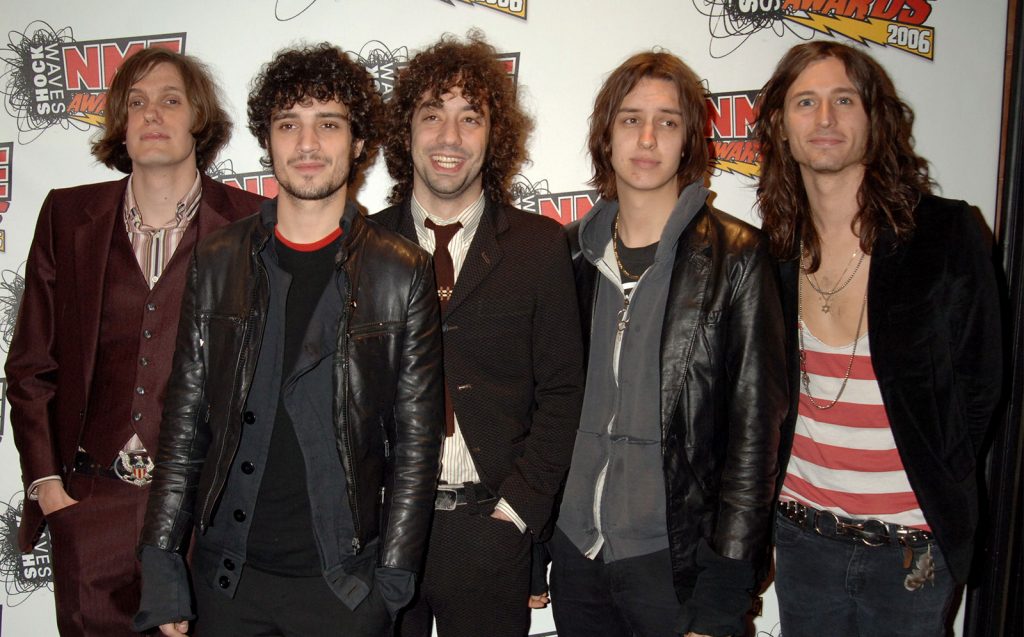 One track that deviates towards anything approaching social commentary was also subject to a 9/11 related act of self-censorship, New York City Cops (“they ain’t too smart”). It was left off the US release, which is a pity because it’s also one of the best songs on the album.
I enjoyed listening to Is This It, despite its shortcomings. Certainly more so than any of the albums I have revisited so far. Yeah, the band comes across as supremely pleased with themselves, but on the whole, this sounds more fun than smug.

From a present day standpoint, I can far better appreciate its Velvet Underground influences, still THE ultimate in New York cool. Just listen to, say, the Underground’s I’m Waiting For My Man, or Sweet Jane, to see what I mean. The Strokes were more popular here than in the States and they paved the way for a new wave of decent British bands like The Libertines and the Arctic Monkeys.

Listening to this also reminds me how much the aesthetic has changed. Were The Strokes one of the last great ‘sex, drugs and rock ‘n’ roll’ bands? Just look at their This Is It era photo shoots. It’s all beer bottles, full ashtrays and sweaty faces. Today’s Instagram generation doesn’t go in for the wasted look, just as they don’t go in for the above-it-all aloofness. But the Strokes have changed too; after a period of addiction issues and lacklustre follow up albums, the band are now having something of a renaissance. They’ve even discovered political awareness, playing support gigs for Bernie Sanders. Who’d have thought it?

After getting reacquainted with This Is It, an answer given in an interview by Casablanca resonates. He wanted the album to sound like “a band from the past that took a time trip into the future to make their record”. At the time, I wouldn’t have had a clue what he meant. But twenty years on, is it just me, or does it kind of make sense? 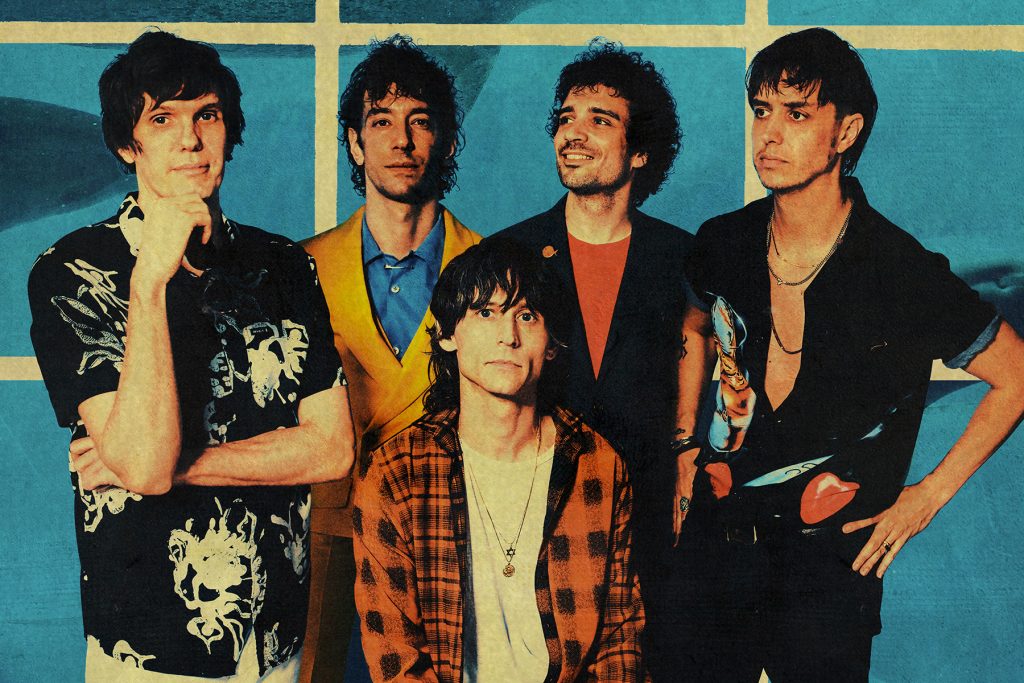 Don’t listen to: The first few tracks don’t have much going on; just skip to track 5 and listen to it from there.

You might not know: Guitarist Albert Hammond Jr is the son of Albert Hammond, a prolific singer-songwriter who also wrote for a range of other artists including Celine Dion, Bonnie Tyler and Westlife. 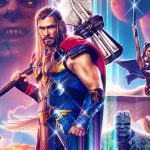 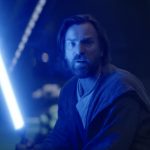